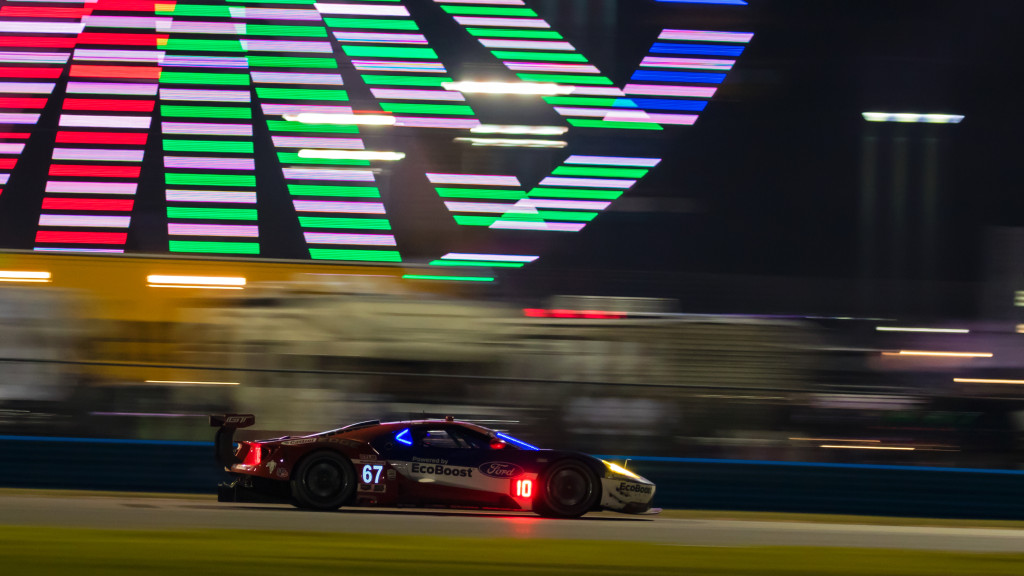 Four hours… That’s the time it took to make my trek up from south Florida to Daytona for the Weathertech season opening 24 hours at Daytona. The anticipation made a four hour drive seem more like 40. Petrol heads understand: the journey to Daytona in late January is more of a pilgrimage than a trip.

This year was, without a doubt, the year of the GTD and GTLM classes. Audi brought out their new R8 LMS GT3 car. Stevenson Motorsports with 2 entries and Magnus Racing with 1 were both running the new R8. 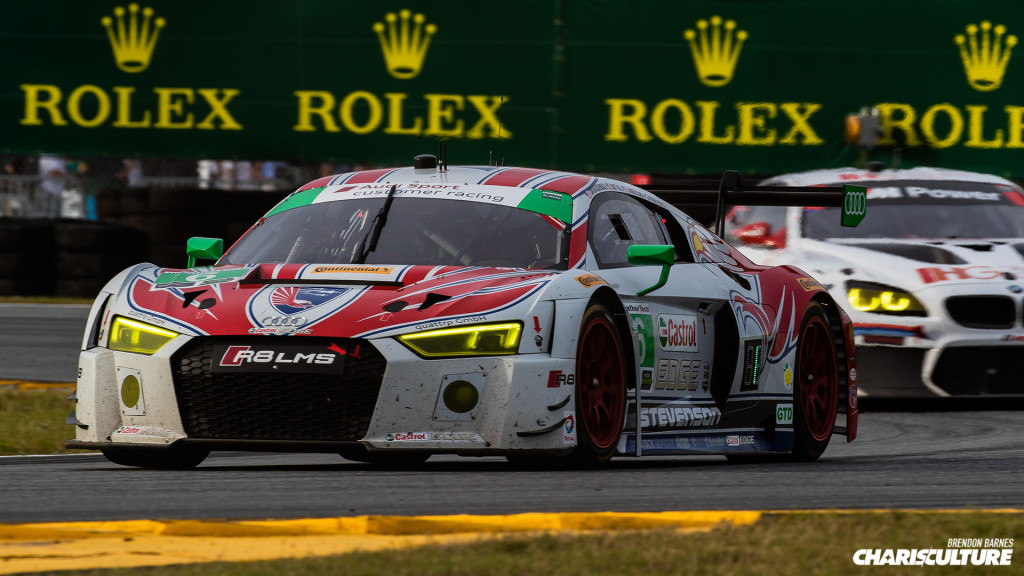 The R8 is certainly an attention grabber 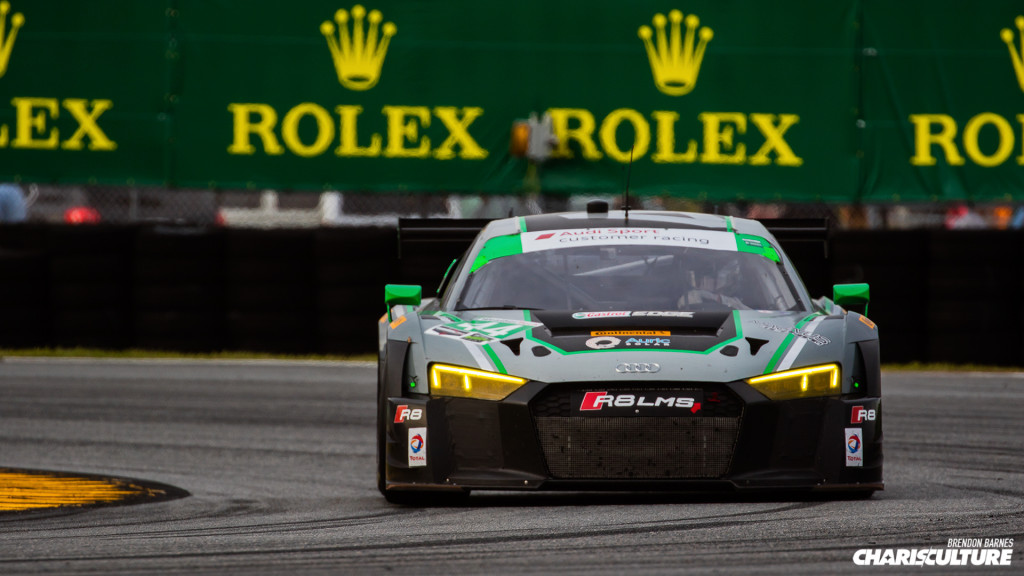 This would be the last 24 hour race for the Daytona prototypes. A few days before the event, it was announced that Rubens Barrichello would be racing for Wayne Taylor Racing for this event alongside Jordan Taylor, Rickky Taylor, and Max Angelleli. Rubens ran a season in the Verizon IndyCar Series a few years back after retiring from Formula 1 racing. It was a treat seeing him paired up with the Taylors in their Konica Minolta Chevy Corvette Daytona Prototype. 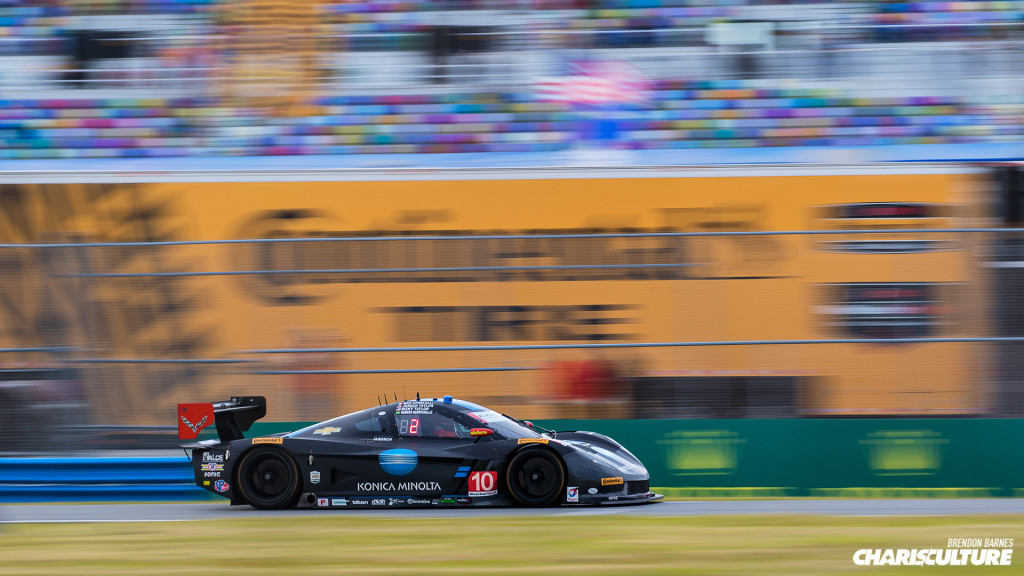 3 hours into the race, the sun set and the drivers pressed on. Most of the teams, at this point, have already made their first driver change. 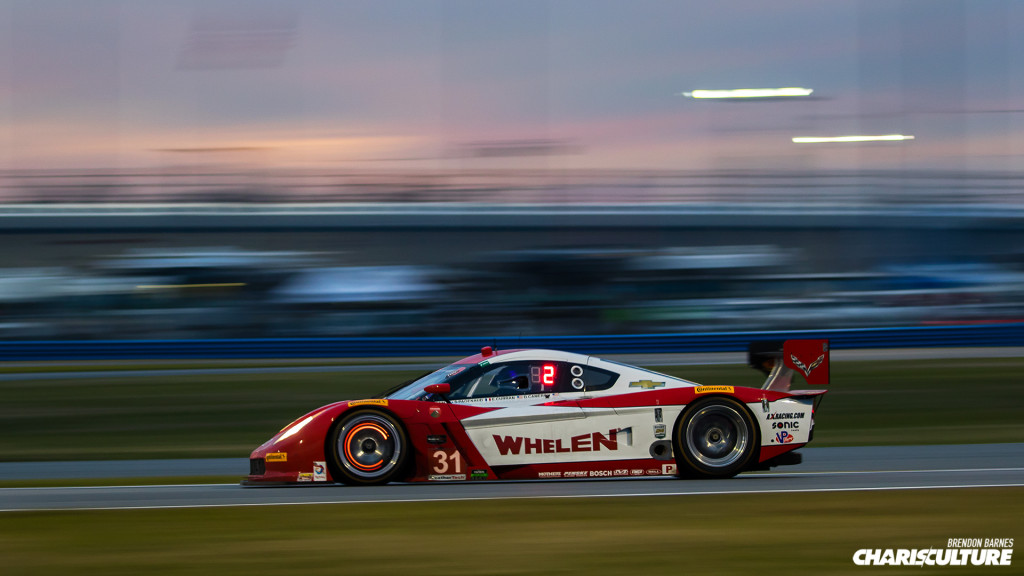 The sky wasn’t as spectacular as the next morning sunrise, which I unfortunately didn’t get to capture. This lost opportunity is my only regret from the weekend. There are only a few instances where cars are on track during sunrise in the United States. I can only hope that mother nature produces a sky like this next year. 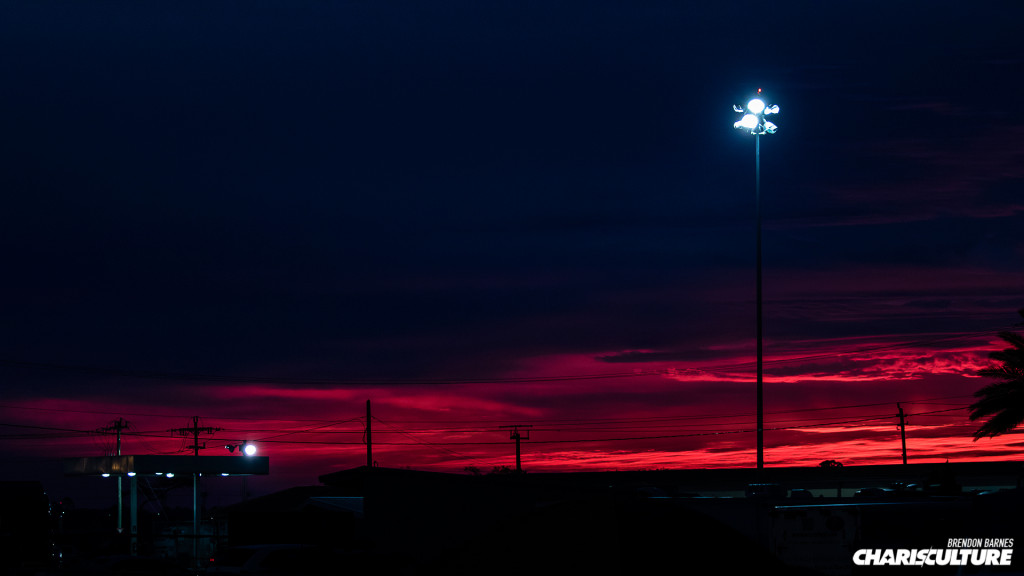 Fans finally had the opportunity to see the highly anticipated Ford GT on track. The Ford GT was the talk of the offseason and there was much excitement surrounding its return to endurance racing. 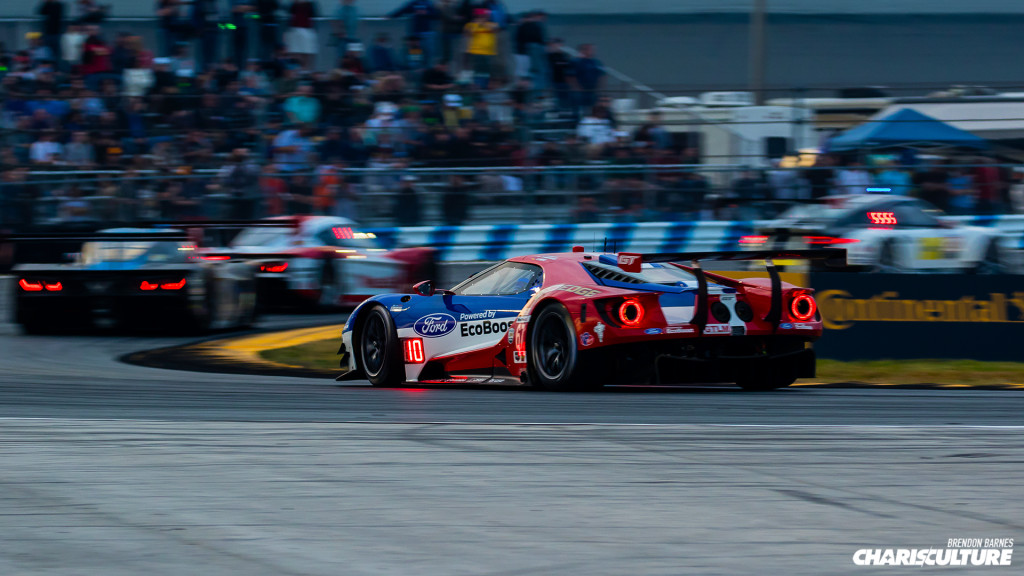 The oddball on track this year, as well as the previous few years, is the Deltawing. The Deltawing is an interesting design and was very fast during the practice and qualifying sessions leading up to the race. 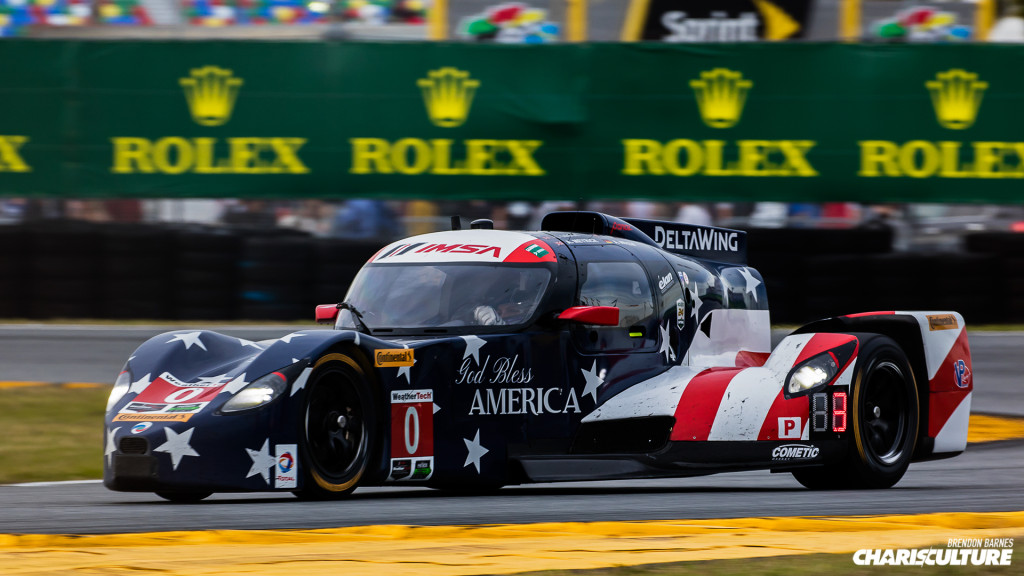 The racing would remain nothing less than intense over the course of the 24 hours. Speedsource ran two new Mazda prototypes. I remember following them when they were running their 3 rotor RX8’s many years ago. To this day, I still think they were some of the best sounding cars to hit the grid. They have developed a very solid Motorsports program over the years. 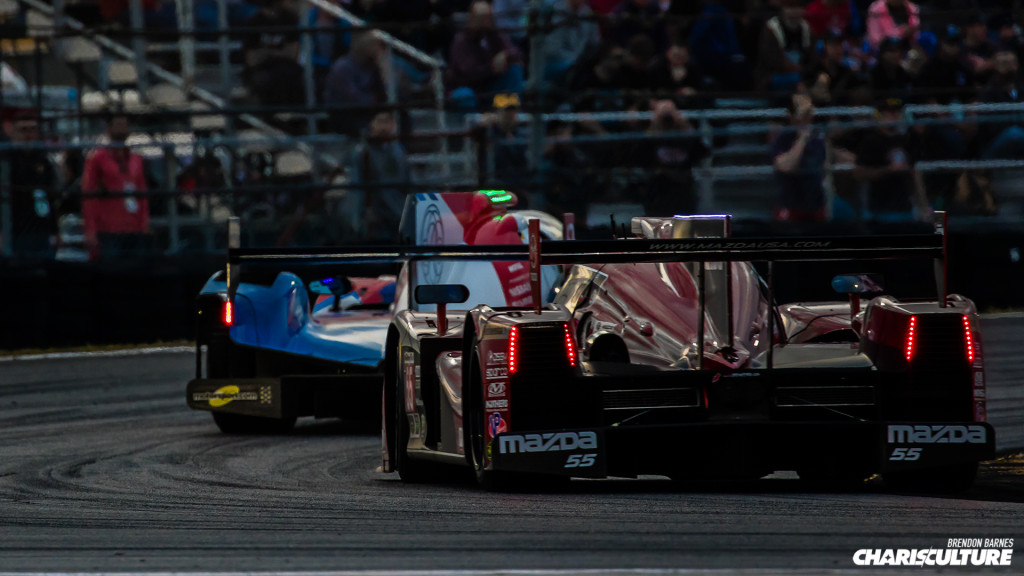 As night fell on Daytona, I was excited to get my Ferris wheel shots in. This is one of the photography highlights every year for media, as well as fans. 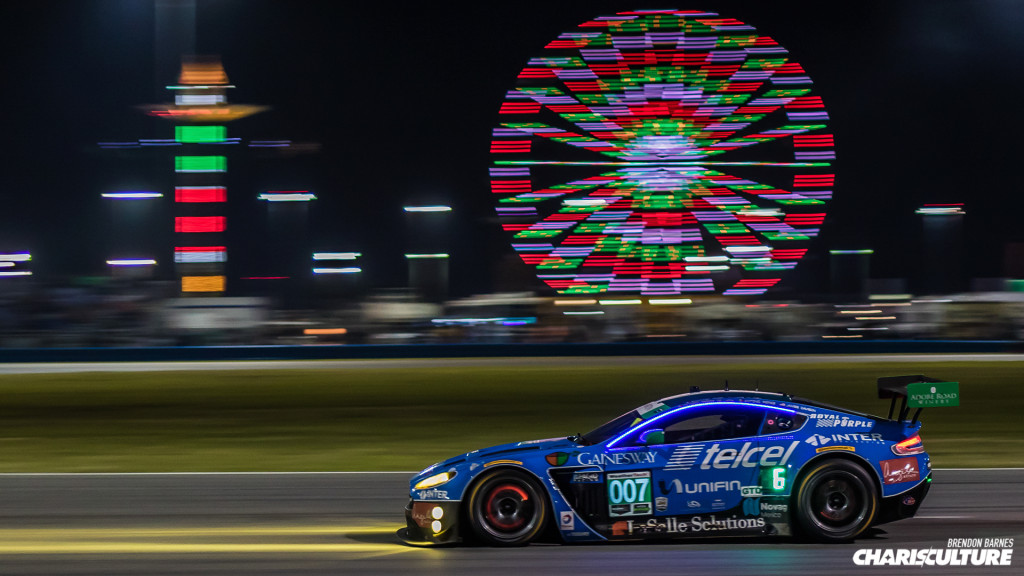 Time was flying just as fast as the cars around the track. Before I knew it, we were 7 hours and 2 driver changes into the event. 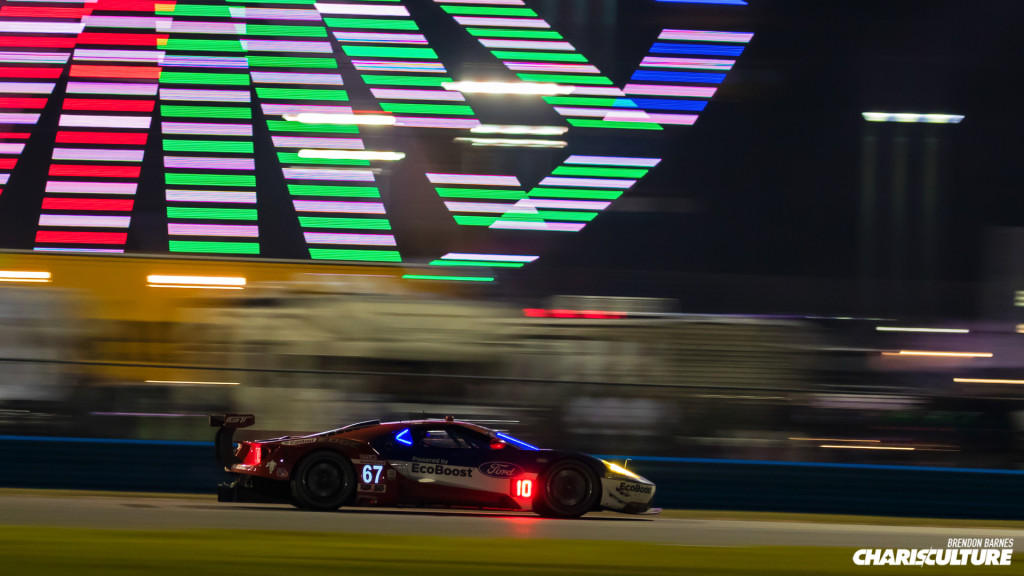 There was not one car on track over the 24 hours that sounded better than the Porsche 911 GT3 RSR. You could hear the flat 6 from just about every area of the track. 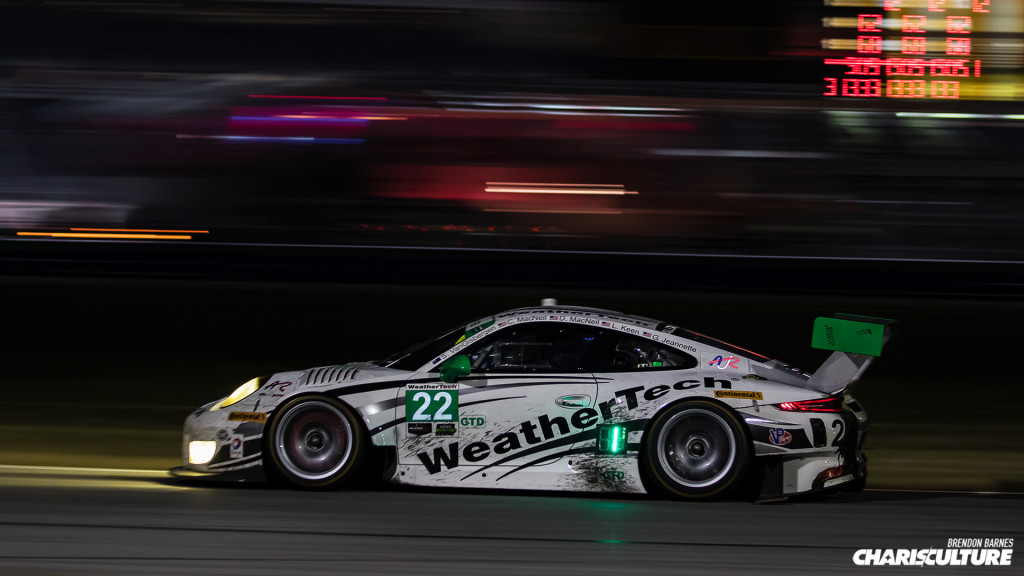 Lamborghini had a handful of their Huracan GT3’s running in the GTD class that weekend. It was a real shame to see two teammates take each other out in the first few hours of the race. The Ferris wheel as well as the infield track lighting made for some nice photo opportunities over the course of the night. 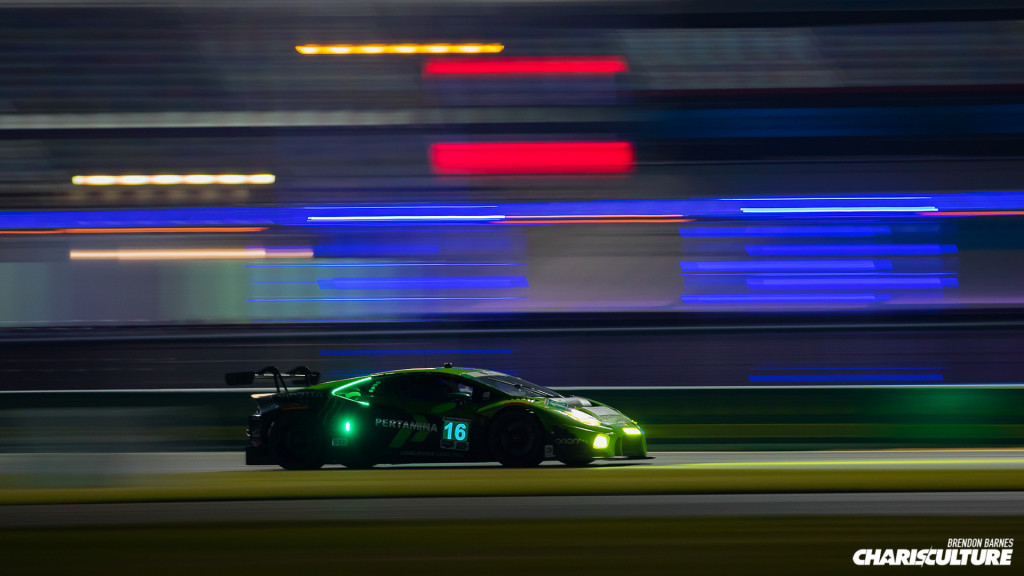 Corvettes were dominant during the whole event and would go on to place 1st and 2nd in the GTLM class. 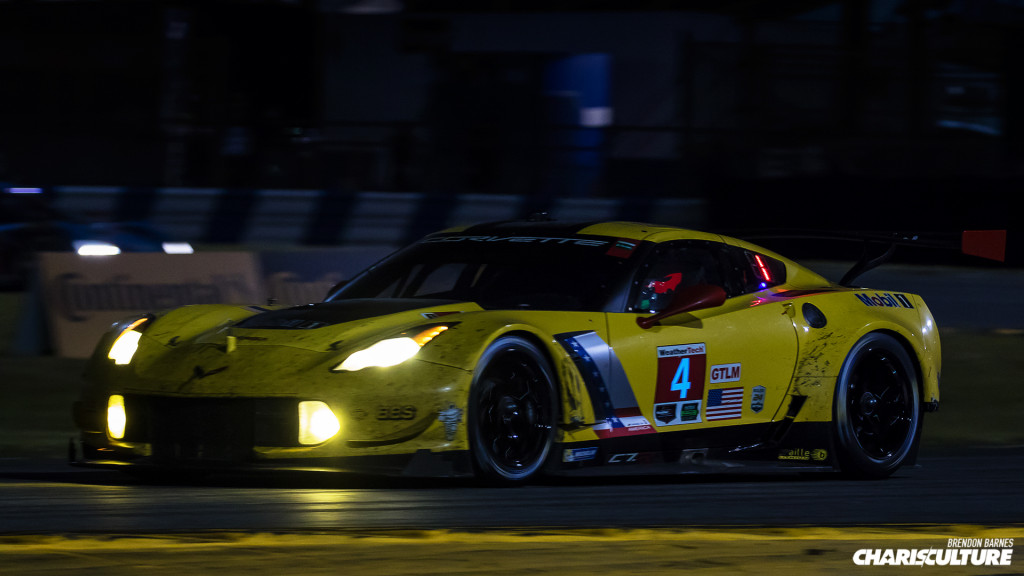 Eighteen hours into the race, the evening’s abuse came to light. It was evident on the Turner Motorsports BMW M6 GT3. This would also be the new M6’s first outing. 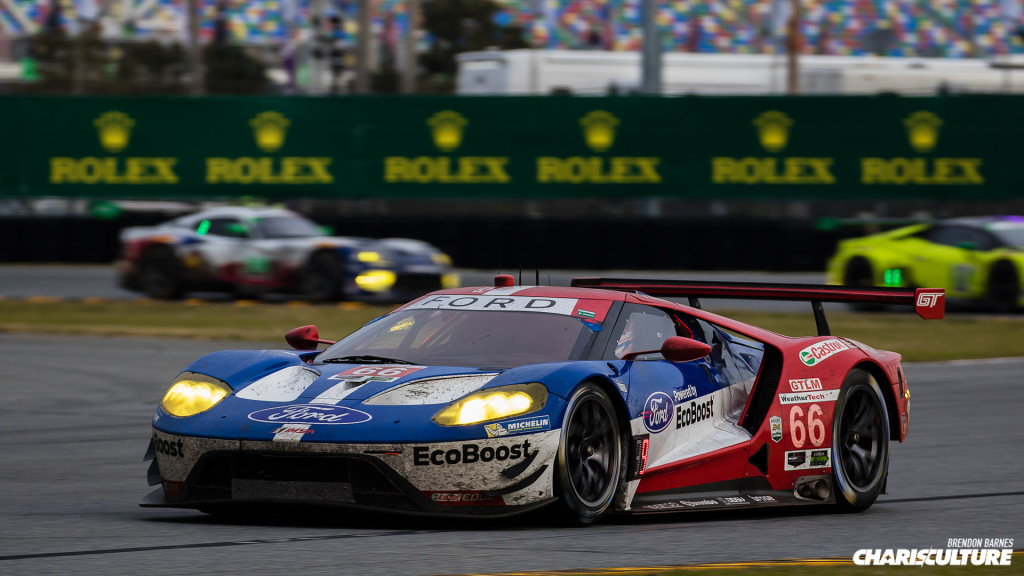 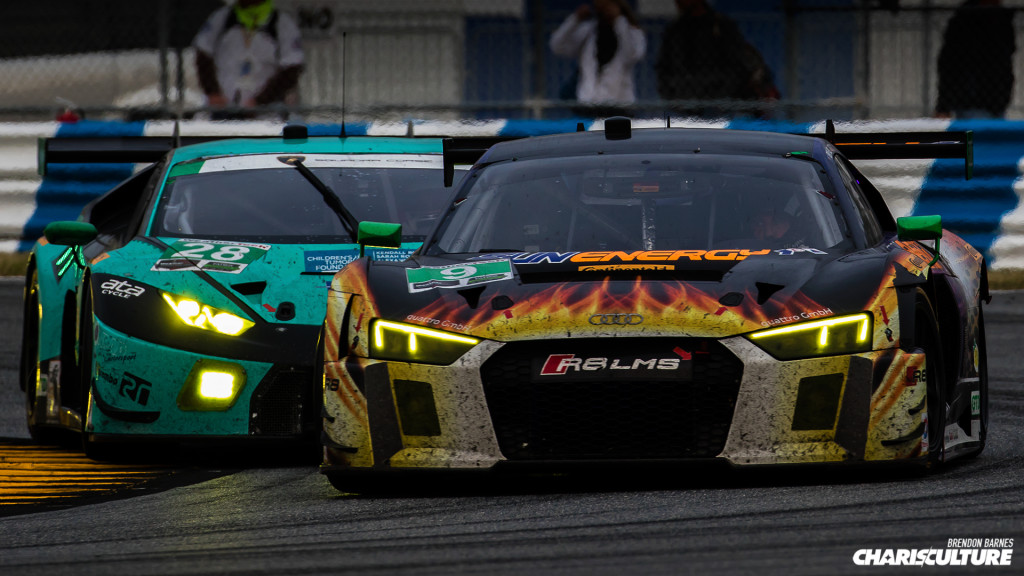 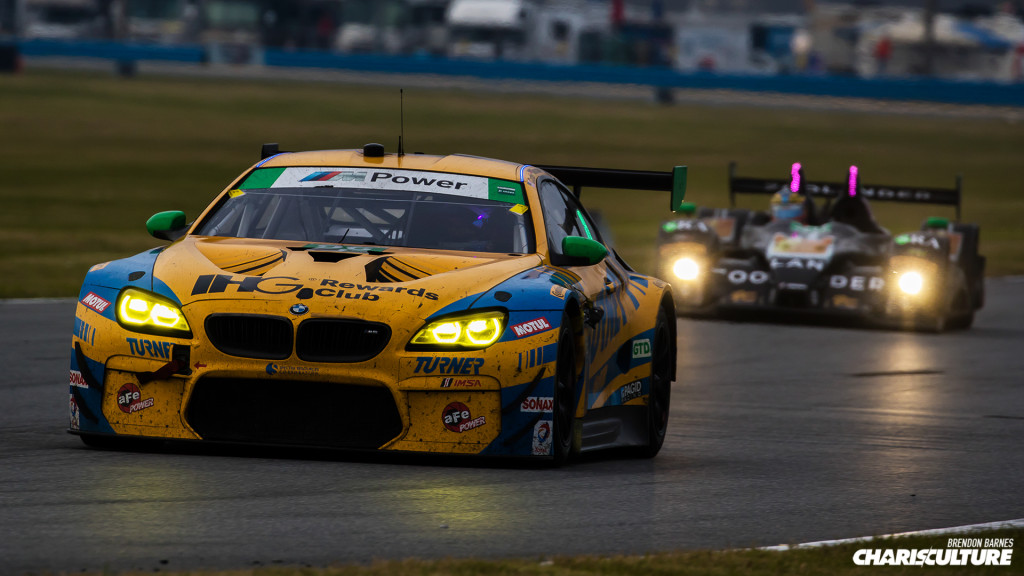 Congratulations Scott Sharp, Ed Brown, Johannes van Overbeek, and Luis Felipe Derani on Tequila Patron Extreme Speed Motorsports for being the first team to cross the finish after 24 hours for the overall win. 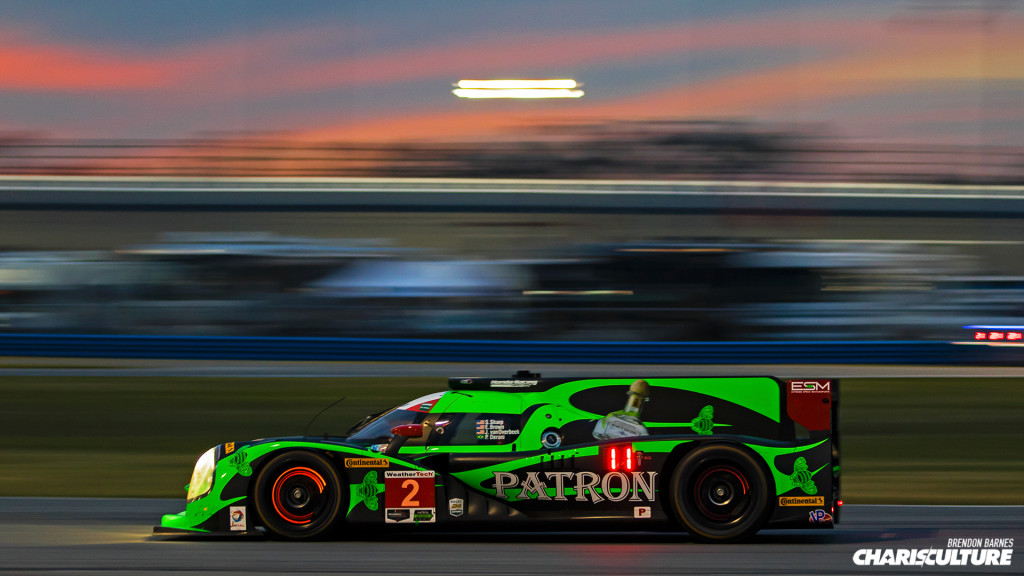 I have had the opportunity to do to the Indianapolis 500, and 12 hours of Sebring, and all I have to say is that if you were to travel for one race in the USA, this one would be my recommendation. It’s only been a week and already, I can’t wait for next January to get here.