Through our friends at The Creative Workshop, I was introduced to Bill Adam, famed Canadian racecar driver and president of SAMA. Bill invited Dmitry and myself to one of their luncheons where Chevrolet was presenting the 2016 Silverado & Colorado. 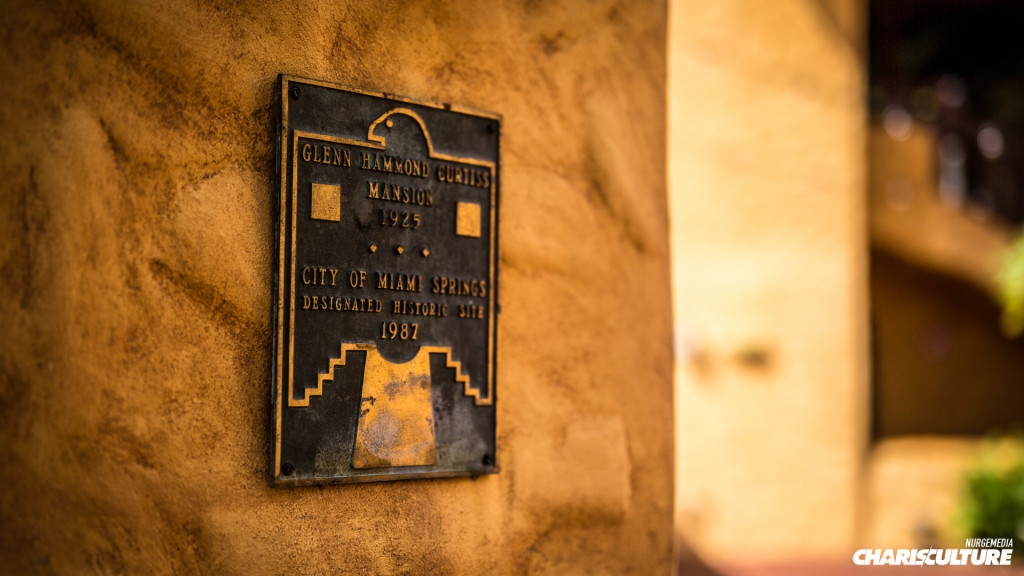 This was an opportunity for Bill to meet us in person and to share some news about the upcoming Rides n Smiles event in February 2016 that we’ll be involved with. I’ve never had the chance to test drive brand new vehicles in this fashion, and I’ve never even heard of the Curtiss Mansion, the location where this event was held, so I was very much looking forward to this event. 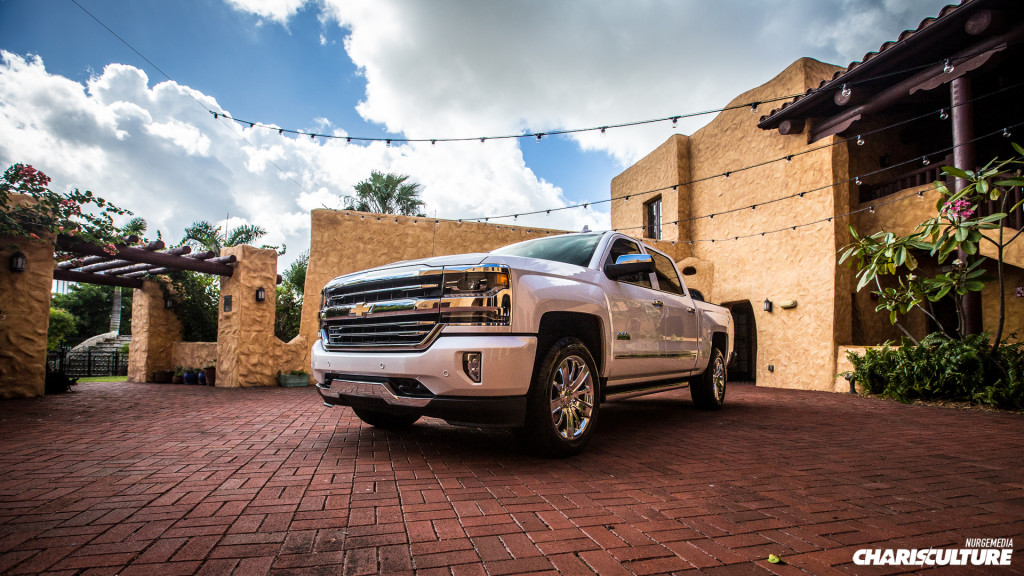 As we entered the foyer of the building, we could see a massive white truck parked in the courtyard. It was the brand new Silverado, and it was beautiful! Before going to check it out, we found Bill and introduced ourselves and got some forms signed for test drives. With paperwork out of the way, we were off to the courtyard! 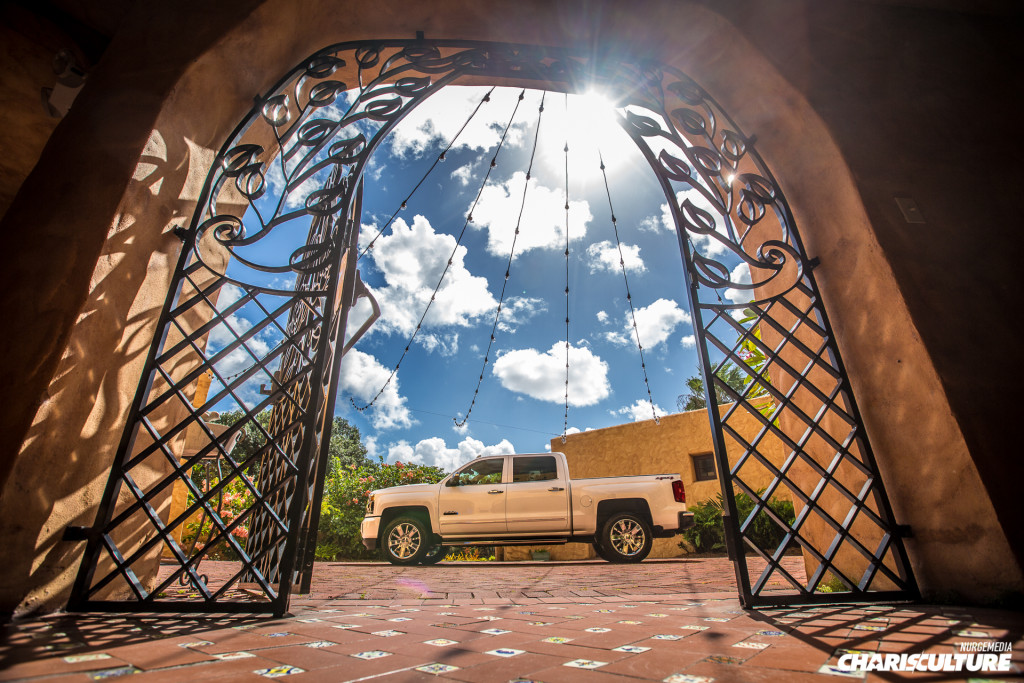 Upon entering the courtyard, I could see that this location was just perfect for a truck. I felt like I was transported to an Adobe somewhere on the Texas/Mexico border, like we were going to hop in the truck and drive into the desert looking for adventure. 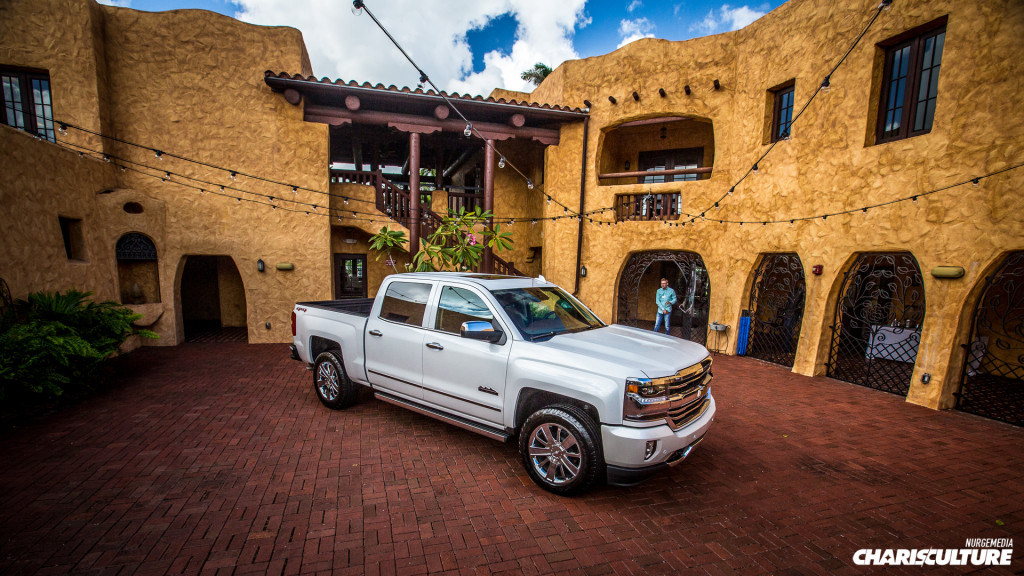 I snapped back to reality when I saw the lush Florida landscaping outside the courtyard.Oh, yeah – we’re in Miami!

Now, I’m no truck guy, but I’ll tell ya, I was in love with this Silverado. The interior was gorgeous through and through. Peering inside felt like I was looking at a luxury SUV of Cadillac standards. Granted, this was a top of the line High Country edition of the truck, but WOW! I was not expecting this level of quality! 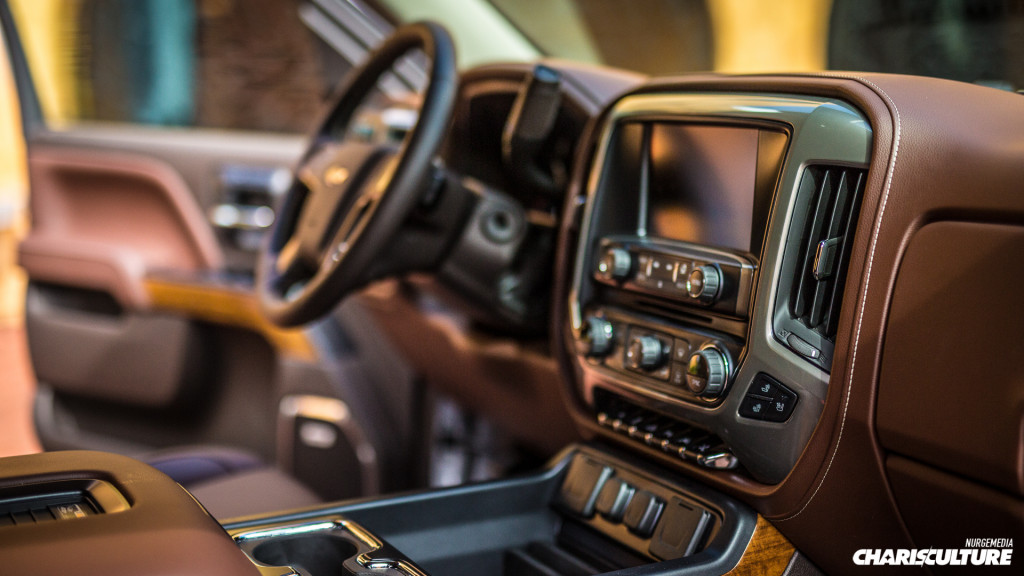 The touch screen was very prominent and featured numerous tech features like OnStar and 4G LTE connectivity for onboard WiFi. It also has support of Android Auto and Apple CarPlay for a “projected” phone experience right in your dash! 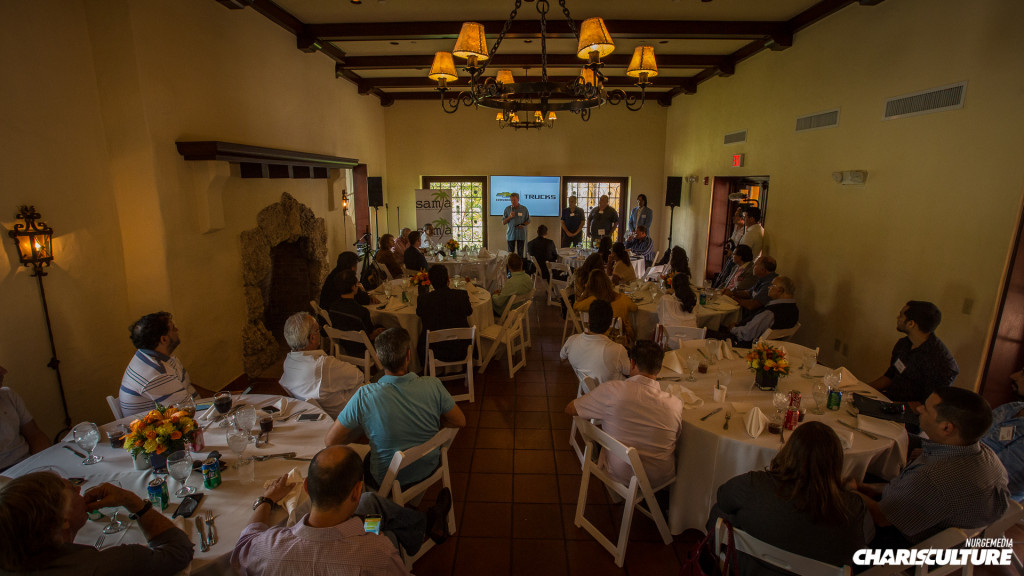 After checking out the Silverado, we went inside to watch the Chevy presentation. Bill was MCing the event, introducing people and taking care of some SAMA business – namely electing new officers. 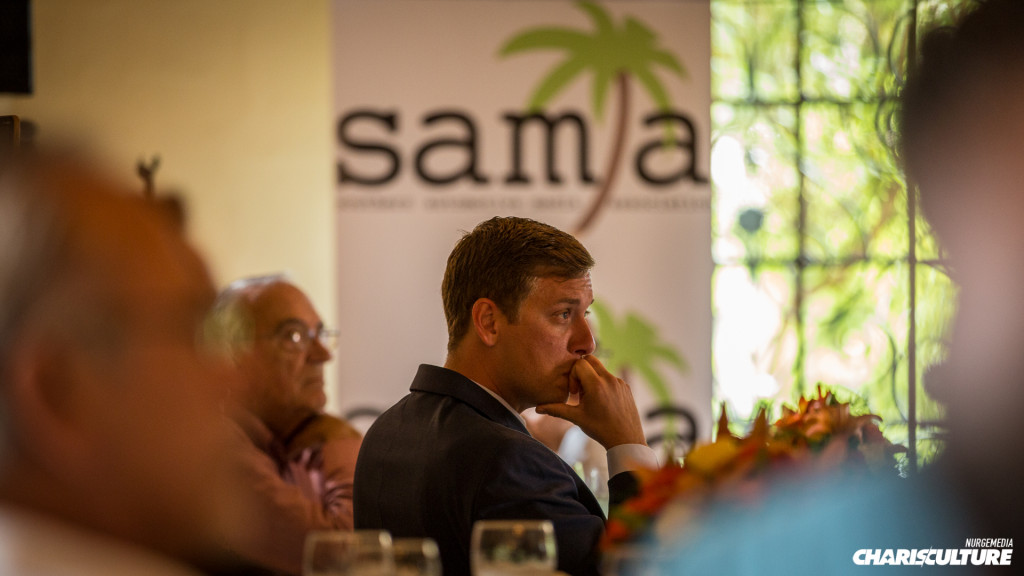 I’ve never really experienced this type of process, so I shot around while observing how officers are elected. 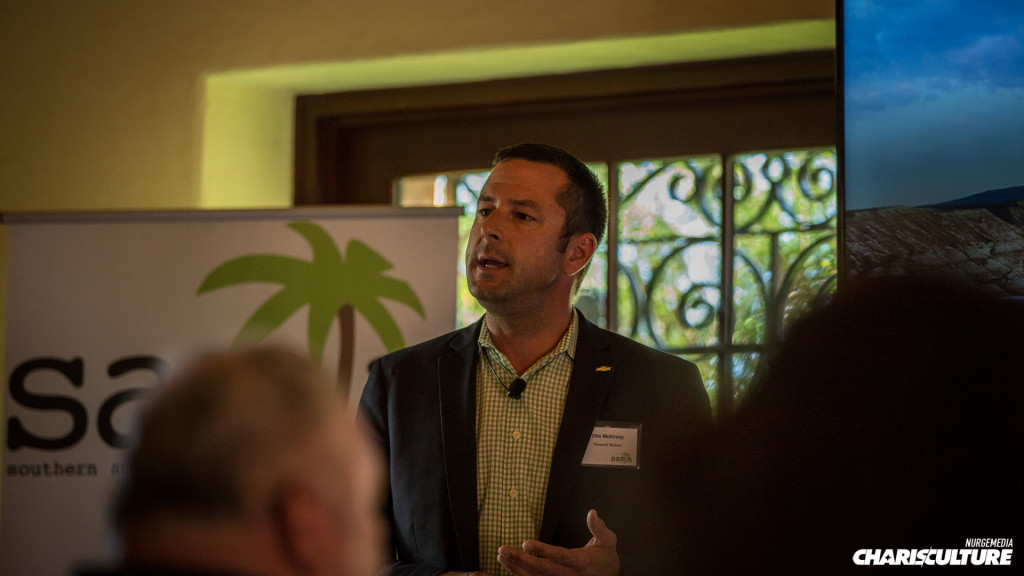 With the voting out of the way, Otie McKinley from the Chevy Communications team took the stage and showed us what the 2016 Silverado and Colorado are all about. 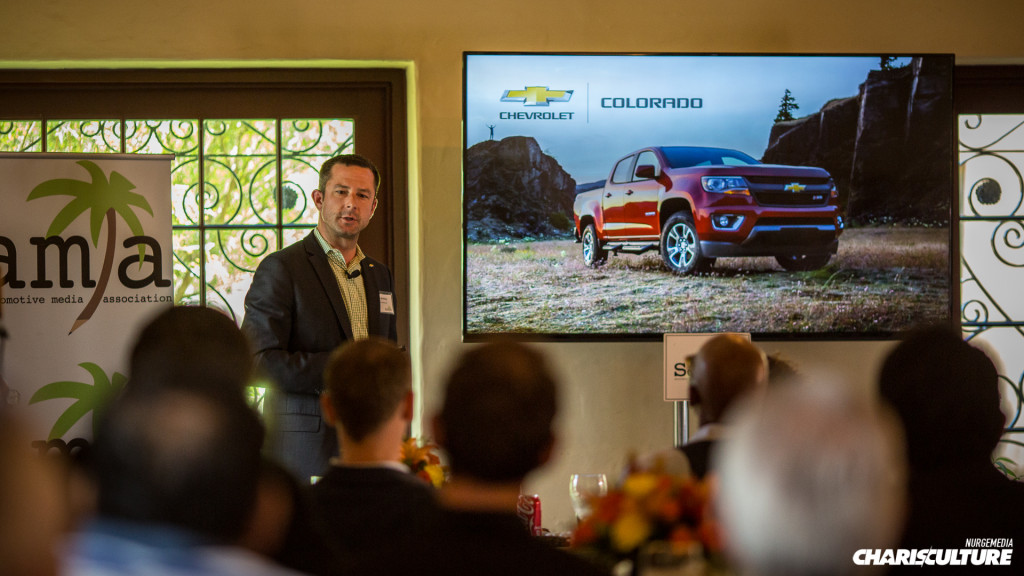 Now, some of you may not know this, but my profession is a Creative Technologist in the world of User Experience (UX). I mainly work with building physical experiences in which users interact with environments. Essentially, I place things a certain way because of data metrics that tell me how people interact with things. I interpret that data to create the right type of experience for the user. 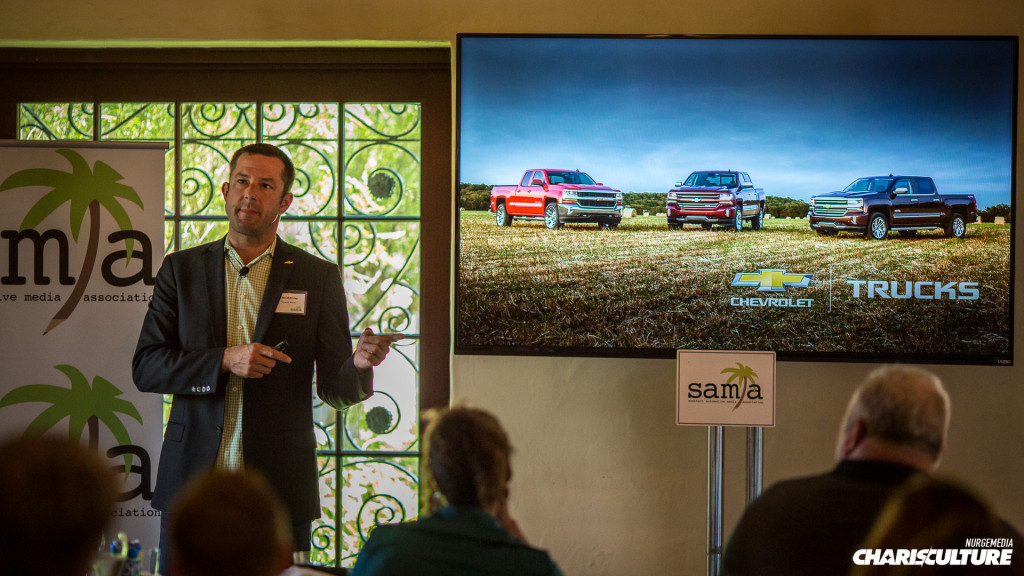 I say this because during Otie’s presentation he started telling us that their overall pickup sales have gone up 32% due to customer feedback. Chevrolet has taken those metrics and reworked their product line to better suit their end user. Hearing this was magic to my ears. The Colorado alone was a direct reflection of customer feedback. End users wanted a mid-size truck that could stay within budget and get the job done. This is perfect for Chevrolet’s small business owners segment, but enough of all that industry jargon…on with the drive! 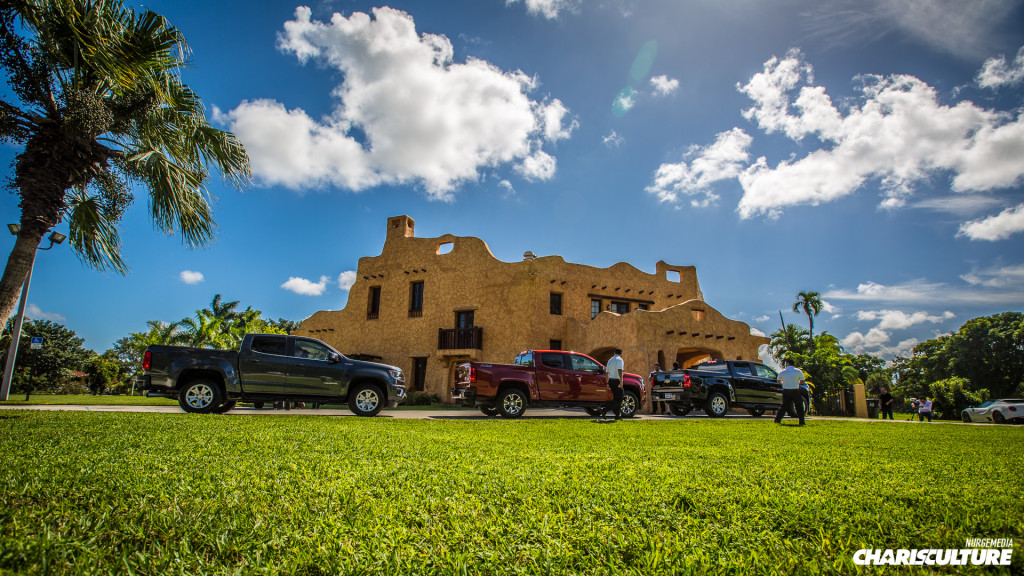 Everyone went outside for test drives of the Silverado and Colorado trucks. Dmitry and I stuck closeby to capture some of the action. 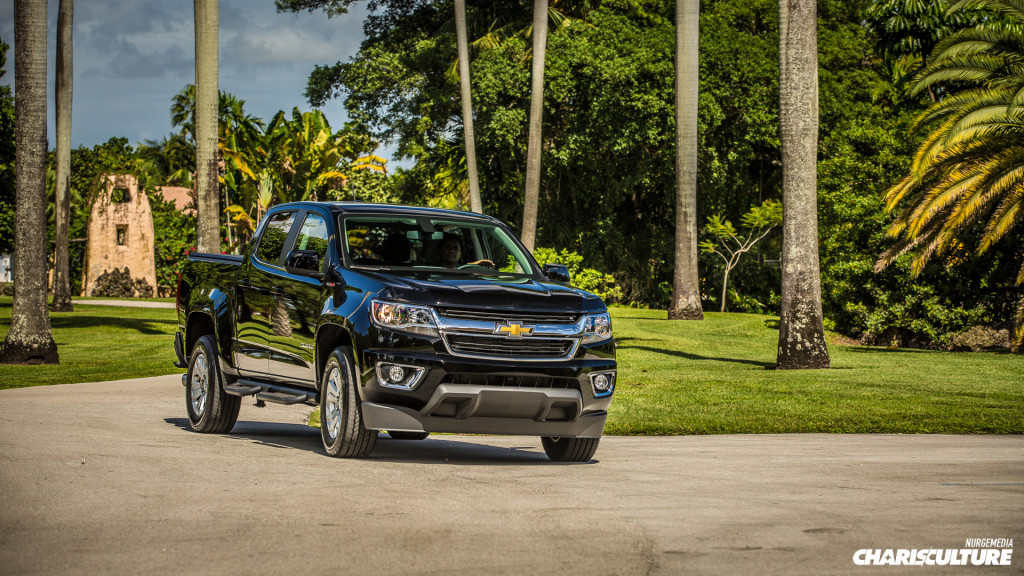 Each driver got the opportunity to take the truck for a spin outside the Curtiss grounds. They would loop around the circle out front and then head out towards the airport. 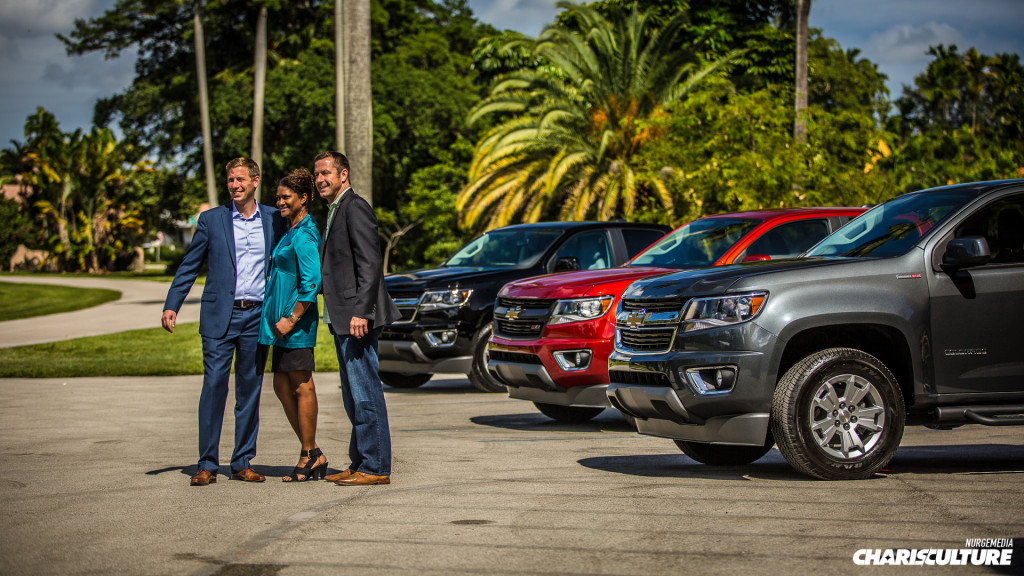 Most of the people here were automotive journalists, so they know the drill. I was just winging it! 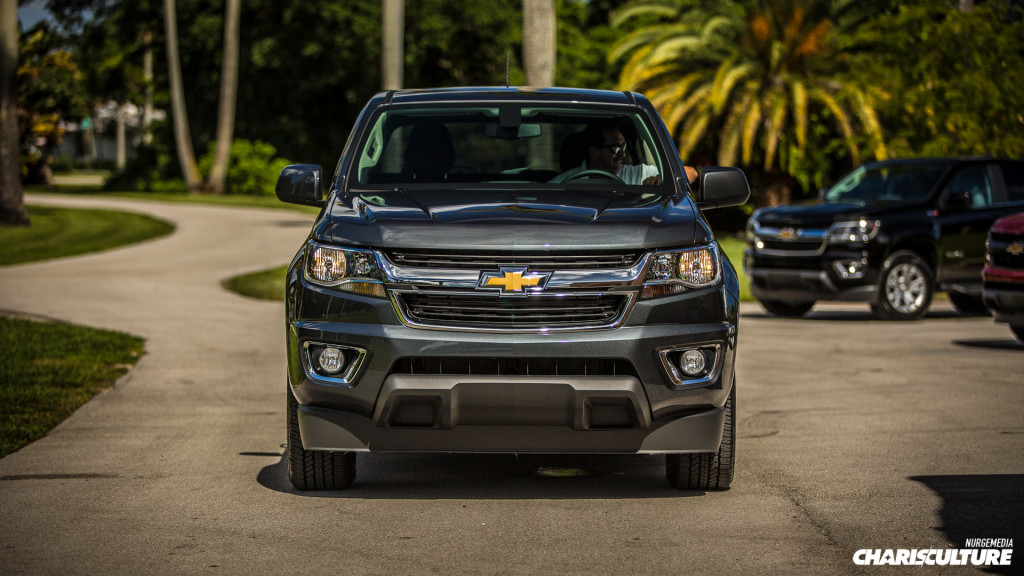 After a bit, the crowd died down, and the trucks were getting parked up ready to be returned. Otie asked me what I thought of the trucks. I told him I didn’t get a chance to drive one. So, he said, “Well, let’s go!” We walked over to the Cyber Grey Metallic Colorado with the Diesel engine. It wasn’t as luxurious as the High Country, but it still had lots of creature comforts like the same massive screen and a very roomy cabin, especially for a much smaller truck. We drove it off the premises and went off course a wee bit. The truck drove great! It was vault-like quiet inside. I felt like I was driving a very high-end car. The power was there. Not that I was hauling anything, but I’m sure it was up to the task with the 7,700lb towing capacity! 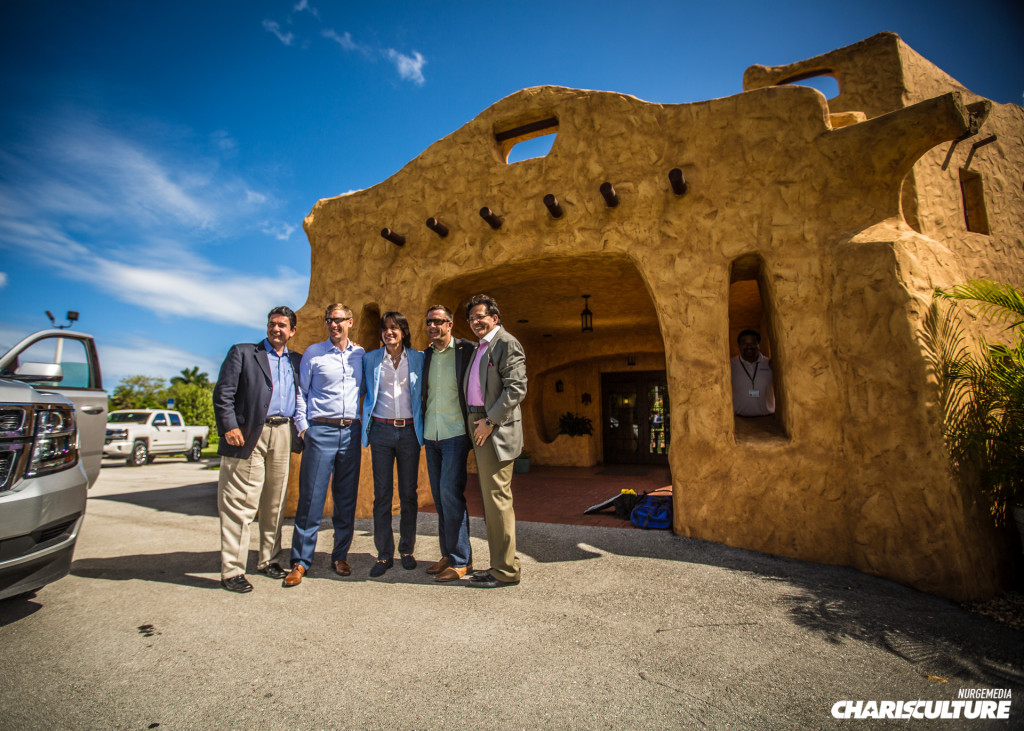 We returned to the Curtiss Mansion and parked. It was time to say goodbye. The Prestige crew was packing up and getting one last picture in before everyone took off. I snuck a side shot.

Find more pictures of the event on our flickr here.