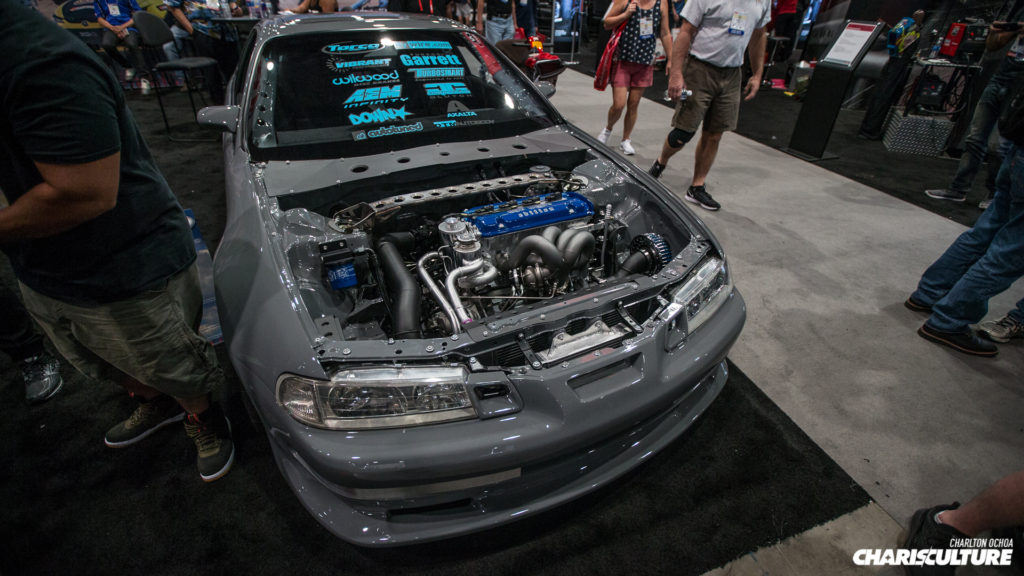 Big Mike: the man, the myth, the legend. OG of the Honda community and international sensation, Big Mike has solidified his place in the famed halls of the Honda tuning community with not only his builds but also his willingness to educate, help, and move the scene forward. His charisma and humility speak volumes, and the rapport he’s built with the people within the community further cement his impact on the scene as a whole. Yet, with only weeks before SEMA 2016, he dropped a bomb that the tuning world wasn’t ready for.

Big Mike’s staple has always been the BB4-chassis Honda Prelude. Despite coming from the more popular EG-chassis, his first big feature was the initial iteration of his BB4 Prelude in a deep burgundy/wine color. After a hiatus spanning several years and an online documentary, Big Mike debuted his Prelude again in a fresh, minty green color with an all-motor, ITB F20B setup. With what was looking like the final setup, Big Mike toured the car around, driving it as much as he could. Then, all of a sudden, the car seemed to disappear from the show circuit and had virtually no online presence. For Big Mike’s fans, we were left wondering what happened. 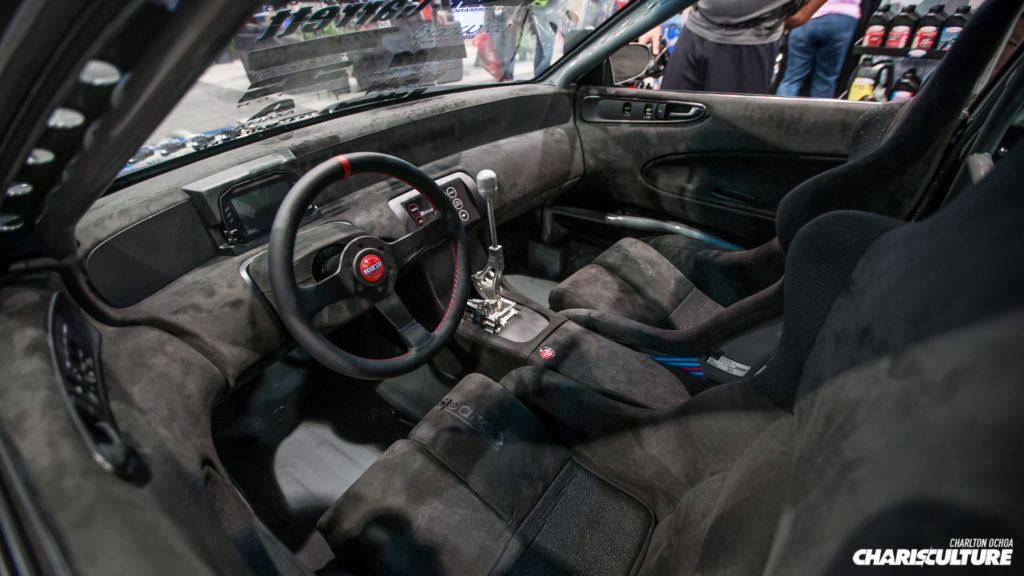 It’s kind of odd in this day and age to only see a build when it’s revealed. Everyone loves the build thread and sharing teasers on social media to gain attention and anticipation for their build. Big Mike on the other hand, really didn’t say anything. That is, until about a week or so before SEMA, when he announced he was going to be competing in the Battle of the Builders with his Prelude. 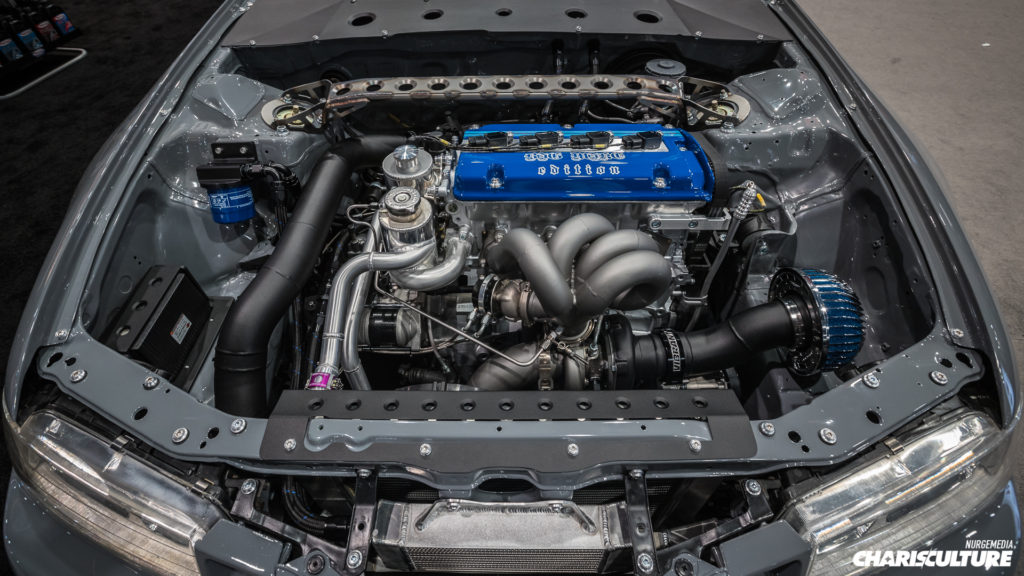 I’ve got to tell you, seeing the car in the metal and meeting Big Mike in person was something special. Big Mike is such a humble guy and his views on the scene and what he brings to it really set him on his own as a builder. As for the car, I’ll let the pictures tell the story, and keep your eyes peeled for an in-depth interview with Big Mike where he fills us in on all the little details of the car and the motivation behind it. I could honestly spend all day writing a mini-novel on the build, but I’ll give you all a short and sweet version to accompany the photos. 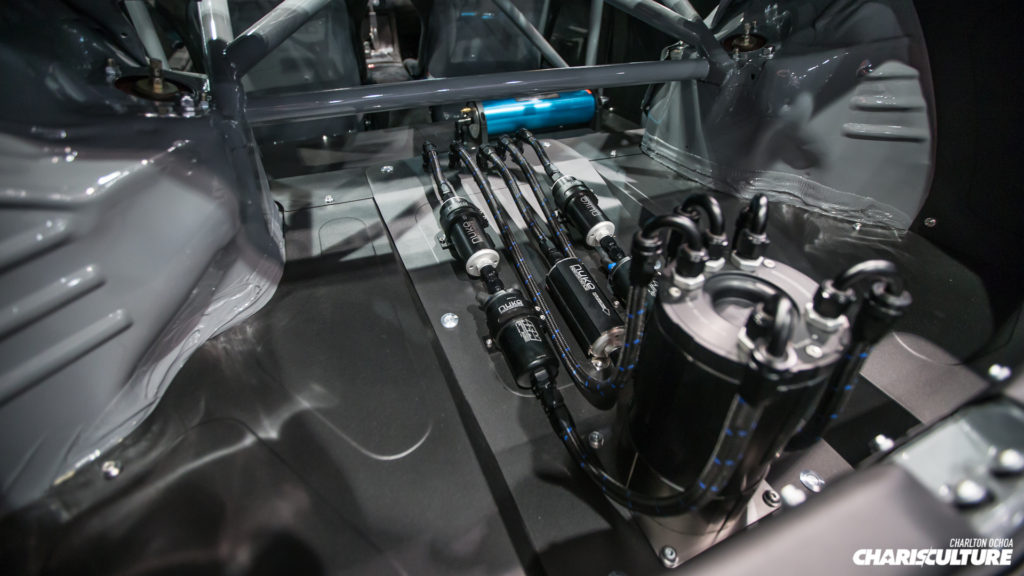 The level of detail and execution of Big Mike’s Prelude is right up there with the best custom hot-rods and lowriders, so it comes as no surprise that Big Mike and his Prelude finished Top 10 for this year’s SEMA’s Battle of the Builders. There are so many trick details in this build, from the swirl pots for the cooling system, to the fuel pumps and filters setup, to the custom dash, complete with AIM display and control panel. Let’s not forget that every wire in the engine bay and chassis were replaced with a custom, Rywire harness, and every nut and bolt was replaced with Downstar Inc. hardware. 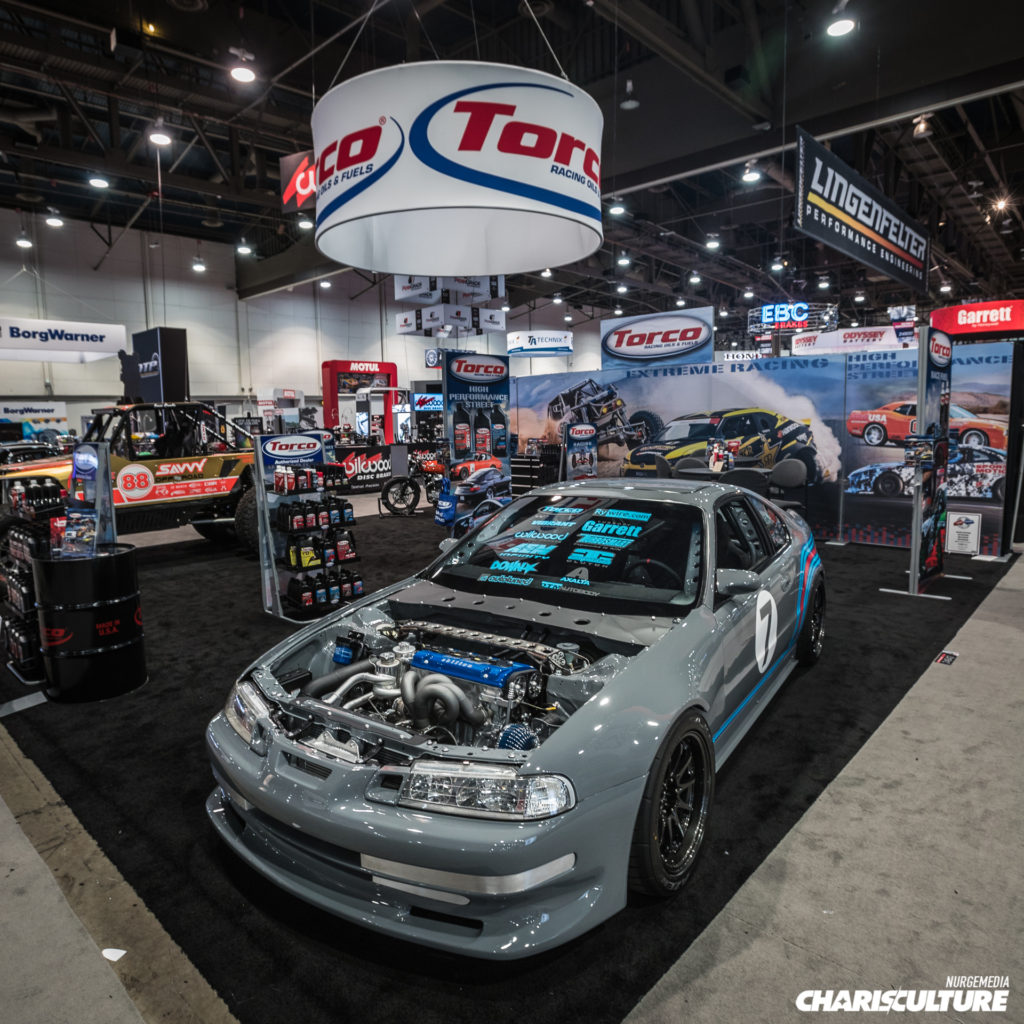 Inside the freshly detailed, shaved and tucked engine bay sits the familiar F20B powerplant, but long gone is the naturally-aspirated ITB setup. In its place is a Garrett GT28X turbocharger, which is fed by a custom, equal-length, turbo manifold. A Garrett intercooler core keeps intake temps in check while the force-fed air finds its way into the engine via a custom velocity-stacked, intake manifold. Hardlines and other one-off bits adorn the engine bay and really complete the motorsports theme, which is backed up by turbo-charged power. 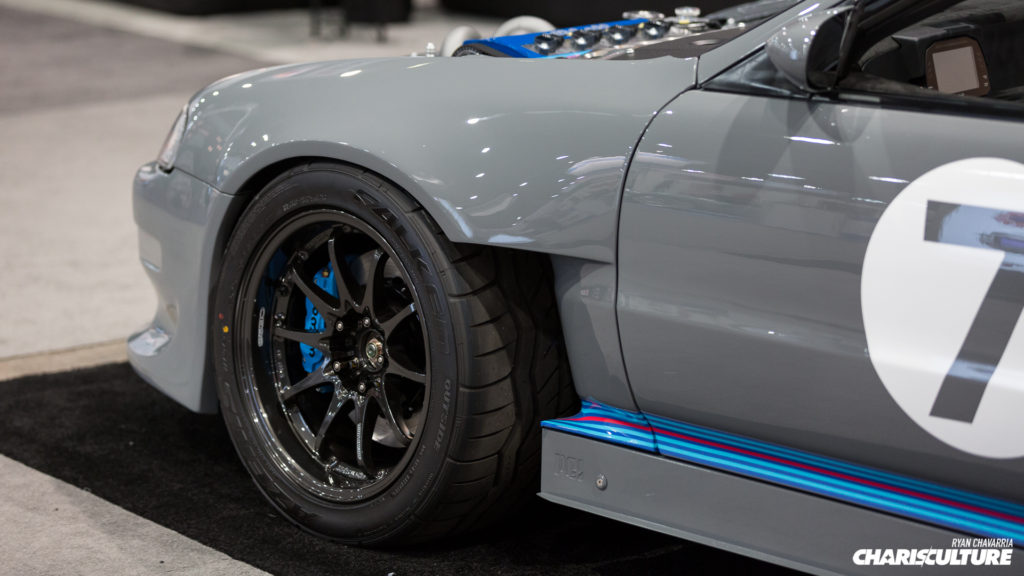 The custom touches don’t stop on the exterior either. Before the custom grey hue was sprayed on every inch of metal, the 1992 bodywork was given some subtle, yet very drastic, changes. First is the custom front bumper with molded in lip. Next are the completely reworked fenders, which one wouldn’t even notice unless they were pointed out. Big Mike tells us they were widened significantly but done in a way to keep the factory lines. The big fenders house a meaty, Volk Racing CE28N and Falken Azenis tire setup, framing an equally impressive brake setup from Wilwood. Rounding out the exterior mods are a pair of PCI side-skirts and a custom JUN hood, which will most likely be absent at most car shows. Let’s face it, when your engine bay looks that good, it would be a crime to hide it. 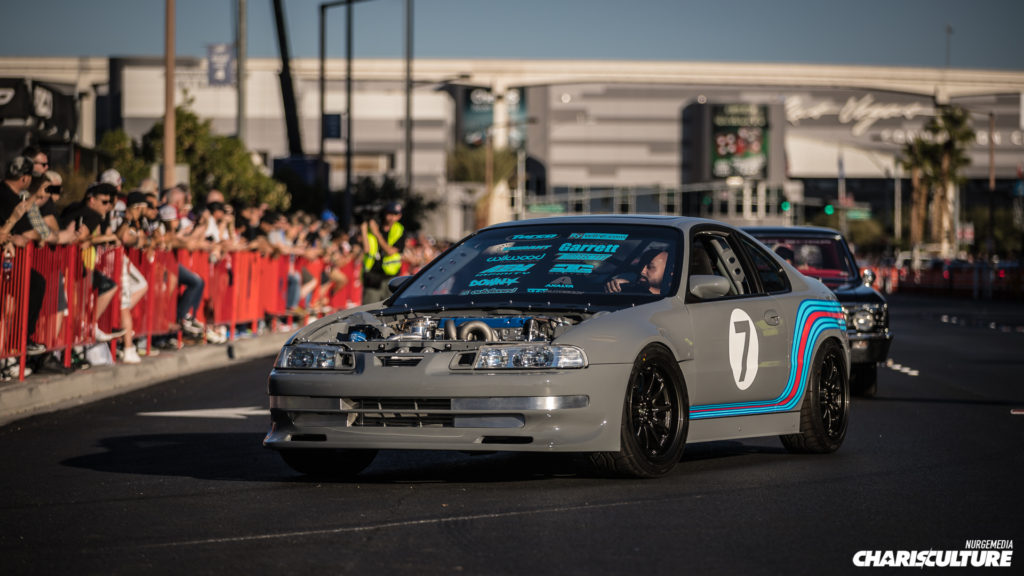 The fit and finish of the car are what make it truly special, and everyone noticed. Not just import enthusiasts but the crowd in general. With the splash that Rywire made last year with his GT3-inspired Integra, Big Mike followed it up nicely with his Prelude build – wowing the crowds, and showing the world what the Honda community can bring to the table. The history Big Mike has with the Honda and import communities make him a really special figure, so it’s only fitting that his latest iteration of his Honda Prelude is one for the record books. It’s hard to say if he’s really done with the car. He told us in his interview that there’s a few tweaks necessary to make the car 100%.

But is he actually done with it? Only time will tell. For now though, he intends to enjoy the car and drive it every chance he gets. Big Mike really knocked it out of the park this time and really set the bar high for the Honda builds yet to come.

For the rest of the pics check out our flickr gallery here.

One thought on “The Big Reveal: Big Mike’s Prelude”