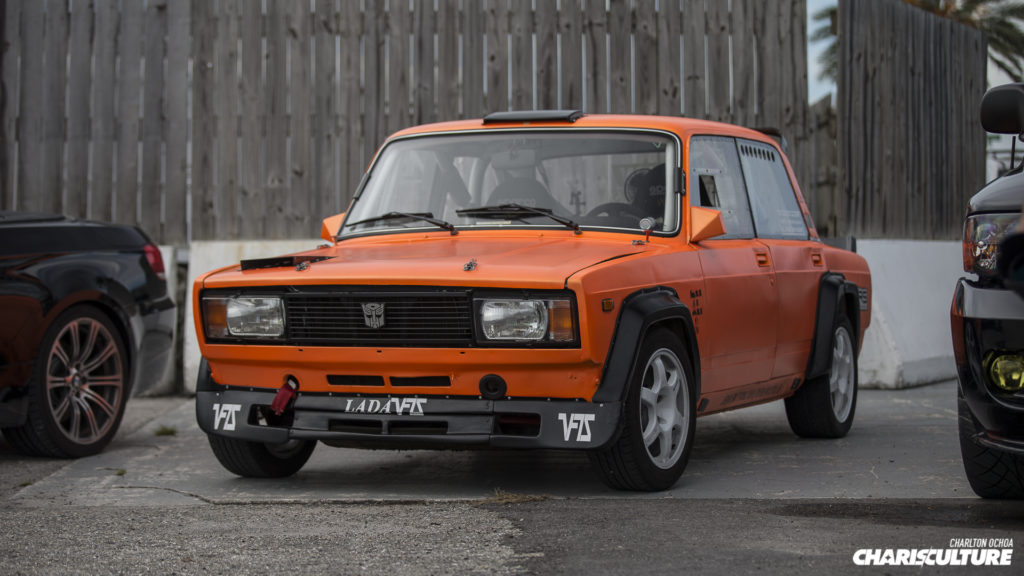 I think its fair to say, doing this its easy to fall into a routine, even if constantly seeing super cars, theres still a monotonous pace that can occur. So when you are at a car show and see a crazy orange car that isnt slammed with excessive camber and and a roll cage, you got to stop by and see what its all about. 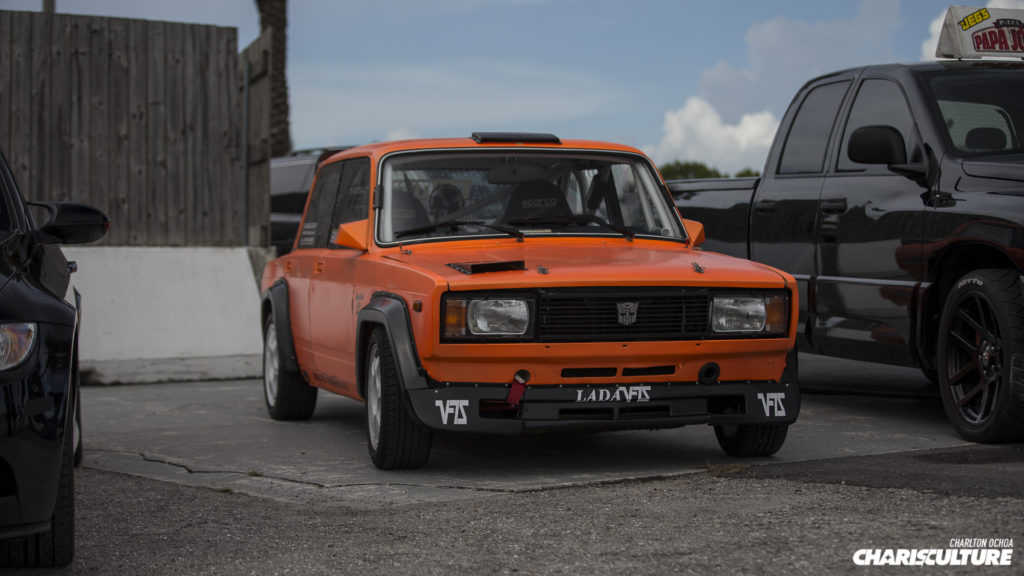 The show overall was pretty good, as it’s always great to catch up with old friends and see who’s doing what, but I always hope to see new cars and builds that have awesome stories behind them! Luckily enough, we ran into this crazy looking thing, which happend to be a Lada VFTS Gr.H rally car. 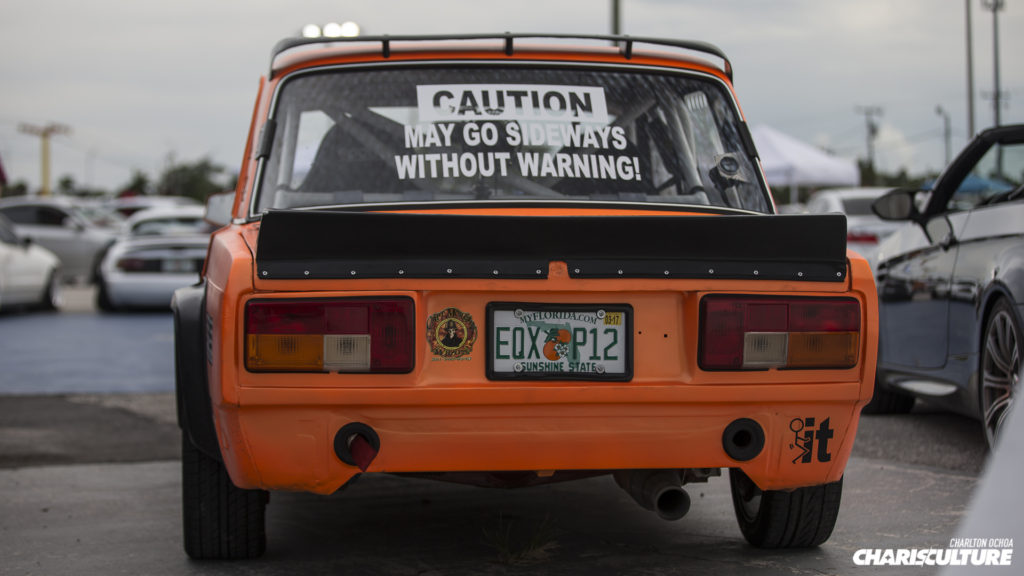 I have seen the ‘stock’ version in photos, and a good Russian friend of mine told me it was ‘the worst car in the world, and now i can finally see it’ , which gave me a chuckle. This one however, didn’t disappoint. It was pretty bad ass, loud and orange. It looked and sounded like a race car should, of course standing out a bit more than more due to its surroundings. 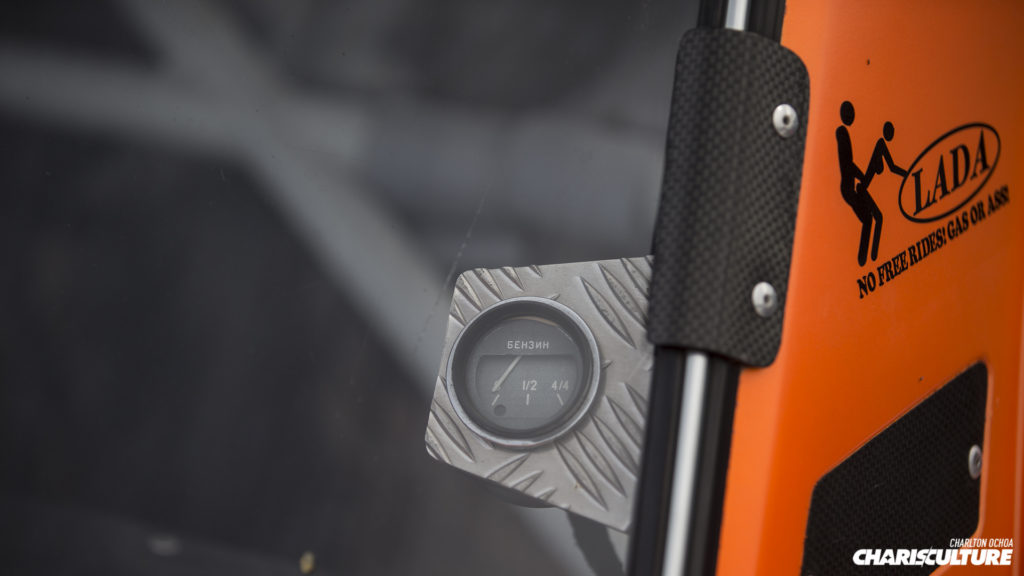 Thankfully the owner Zoltan Csipai, was sitting on the car when I got there and was generous enough to tell us all about it! 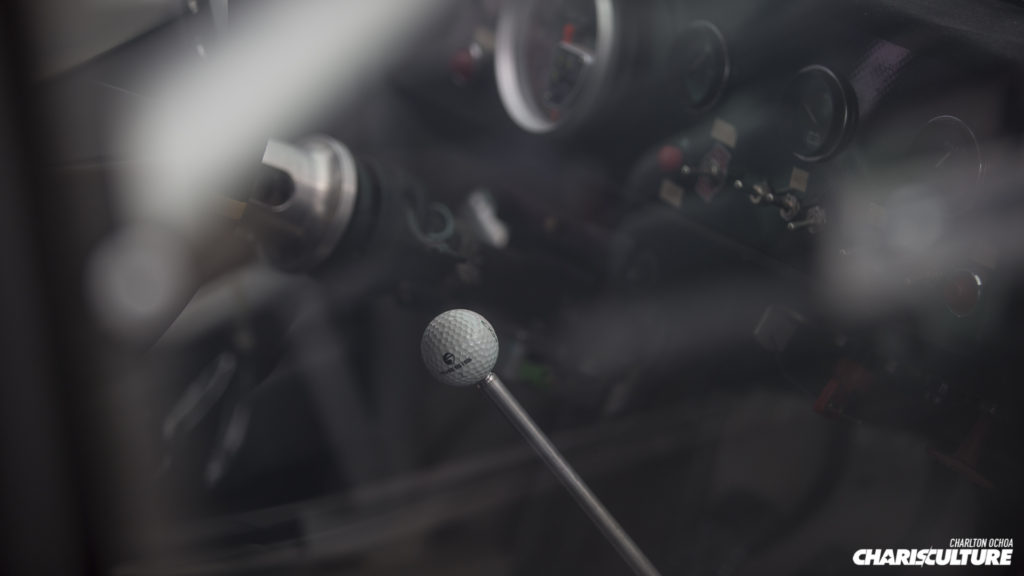 So, what did we learn today, well, this car was built in 1987 and is extremely light weight. The first thing I asked was , what’s under the hood! This ride happened to have a New 1600 ccm Lada racing engine, double 45mm Weber carburetors, Ross racing pistons, H profile Carrillo connecting rod, Schrick valves etc. 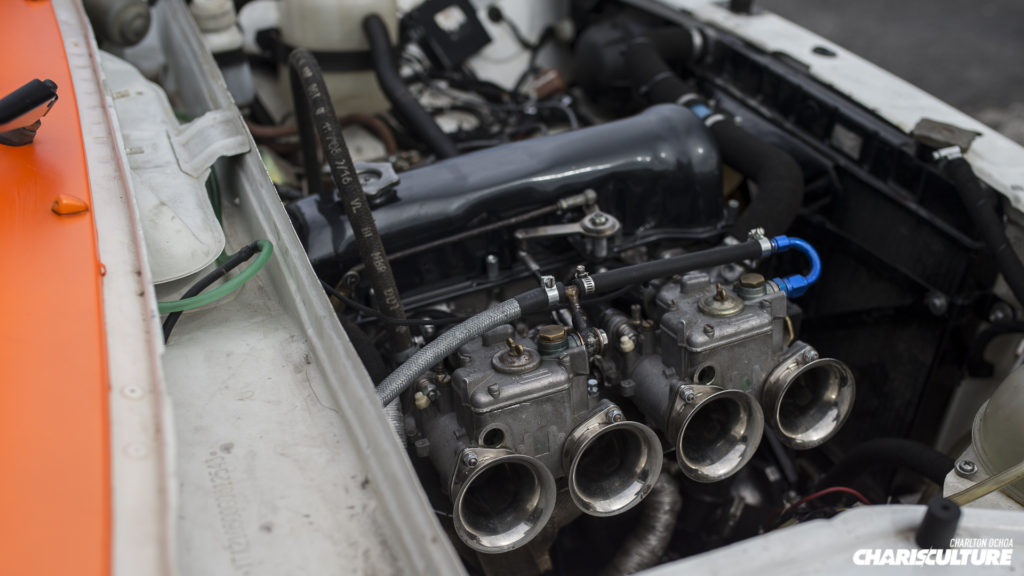 Every race is a show car, there was nothing polished, or unused on this machine. Just the nitty gritty, a car that you have to pay attention to when driving. 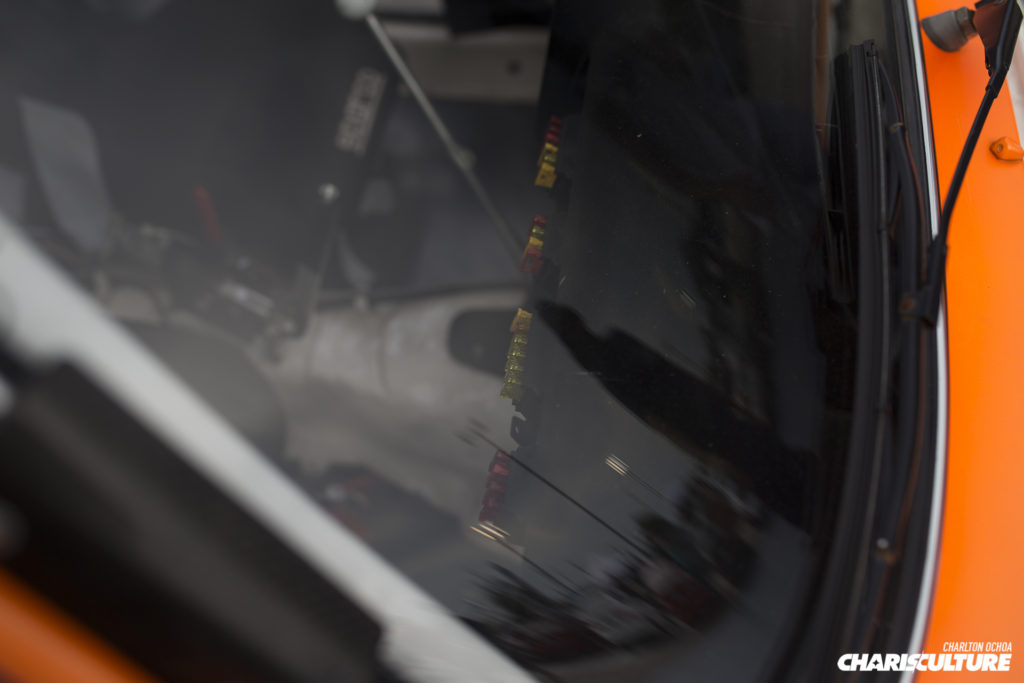 The car has a 5 speed Dogbox, Sparco seats, and a fire suppression system. The fact it was not trailered into the car show was pretty damn cool. 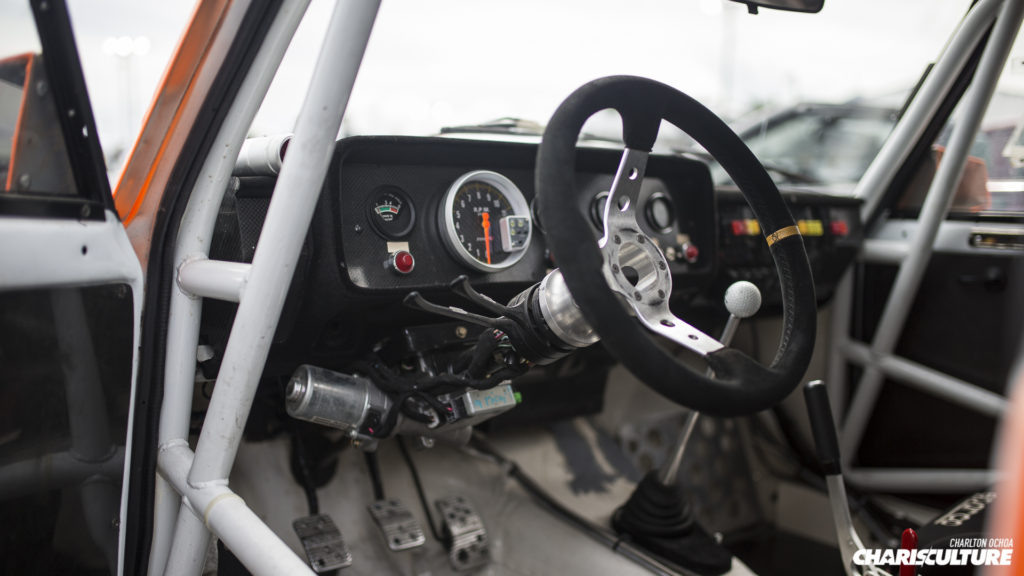 The owner picked this car because of his passion for Rally racing. Growing up in Hungary, Rally racing is one of the more pivotol types of racing. When he was younger, the lada was in its golden era so he always wanted to own one, and now that dream became a reality. Like all of us, that first glimpse can really turn into an obsession. 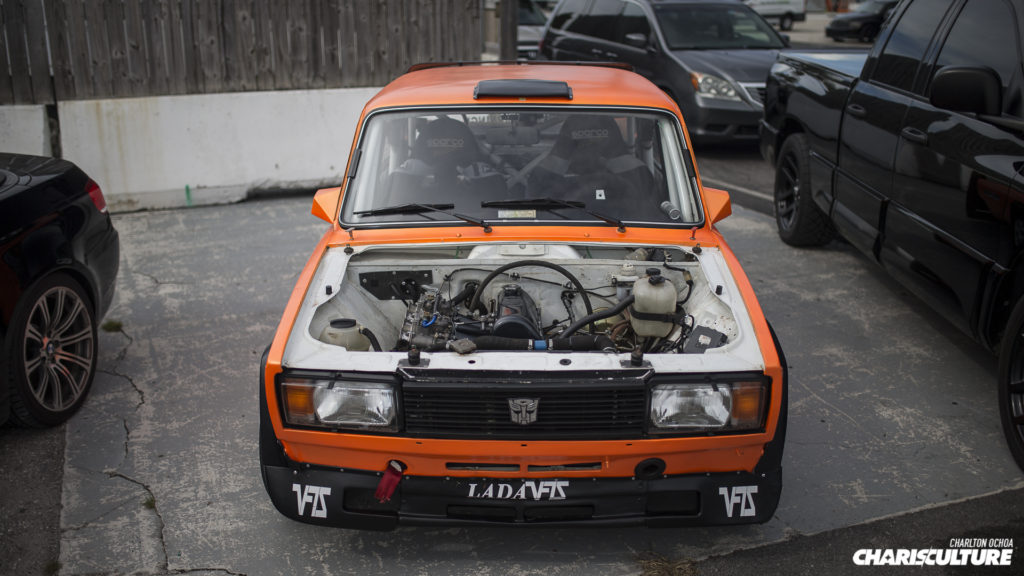 As soon as his new car comes in we will be sure to bring you more coverage of it in a much better setting than we captured this one! You never know what kind of machine you run into at any show, so always keep an eye out!