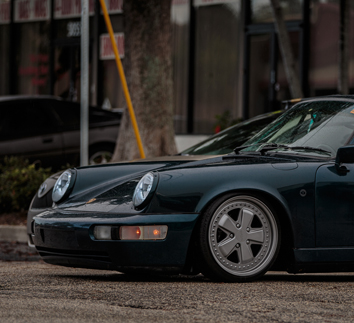 I haven’t been to Elite Roads in ages. When we heard about the Stance Miami show, all I could think was “Awesome! It’s only twenty minutes away!” After a morning of some much needed car cleaning (it’s been over a month), I headed out to Elite Roads dodging those damn rain puddles. 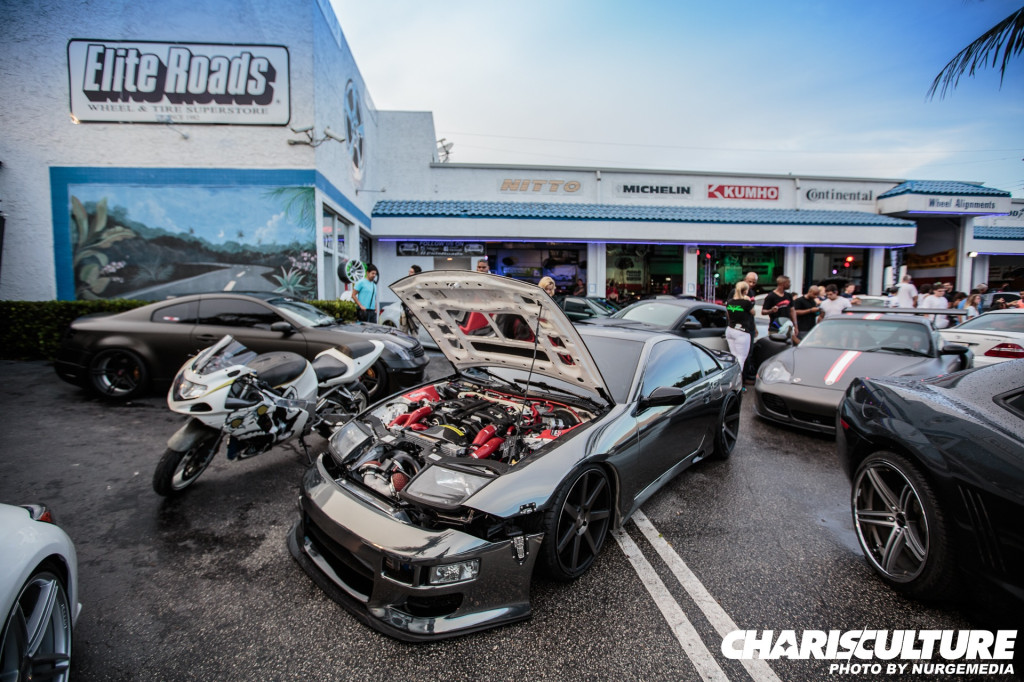 Yes, it was a rainy day. Yes, I dried my car three times mid detail. Yes, I’m a crazy person. Moving on… 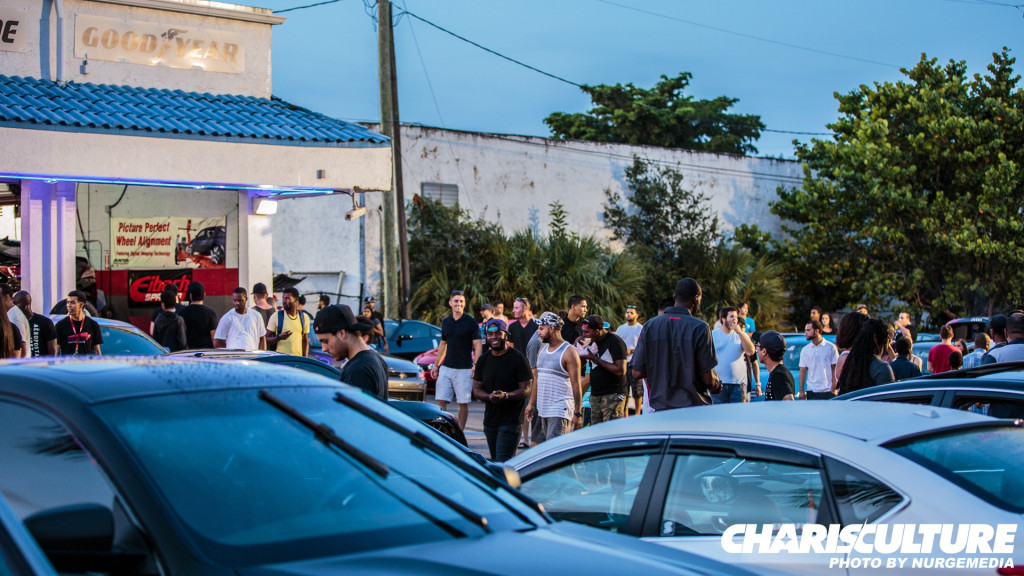 As I was heading up to Commercial Boulevard around 5:15pm, I was thinking I had left adequate time for the 6pm show. Wrong. It was a madhouse already. The parking lot was beyond full and the parking areas were already filled. Luckily, I found a spot right next to fellow xB owner Tin. 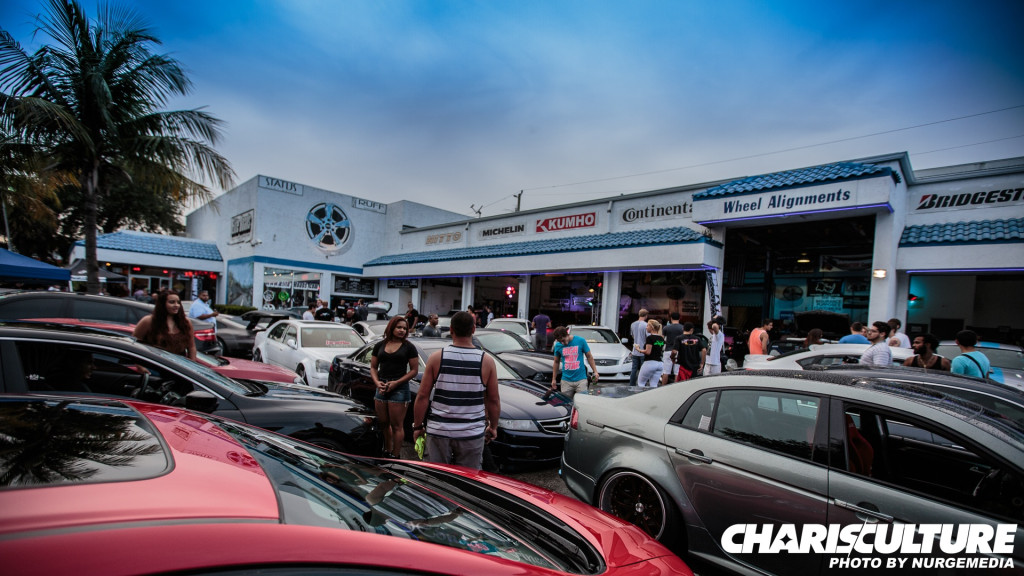 I made my way around the show and parking areas at least six times, each time seeing new cars or cars moved to better locations. 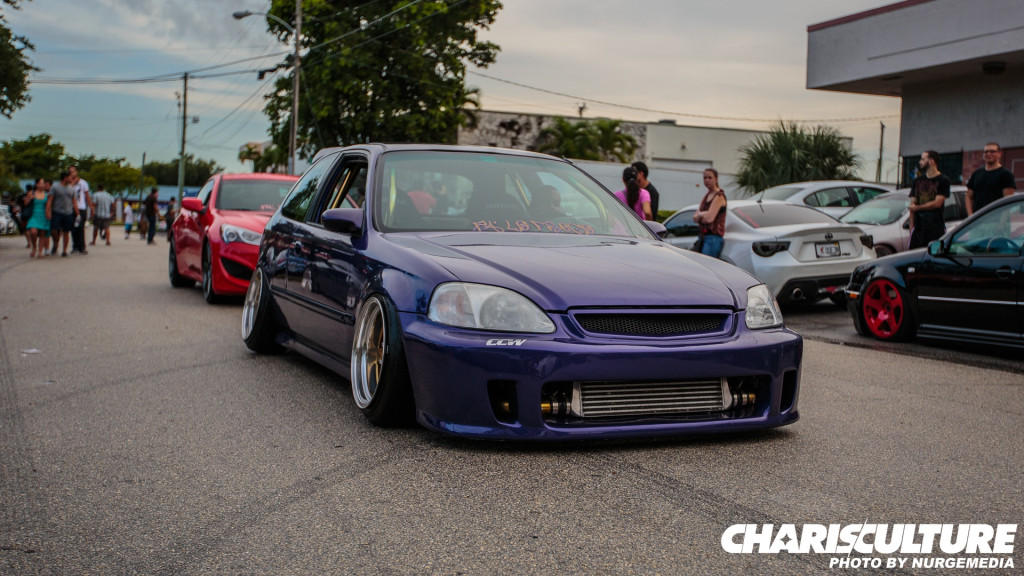 Needless to say, there was plenty to shoot. I spent some time just trying to capture the experience because this was a rather impressive turn out for such a small parking lot. 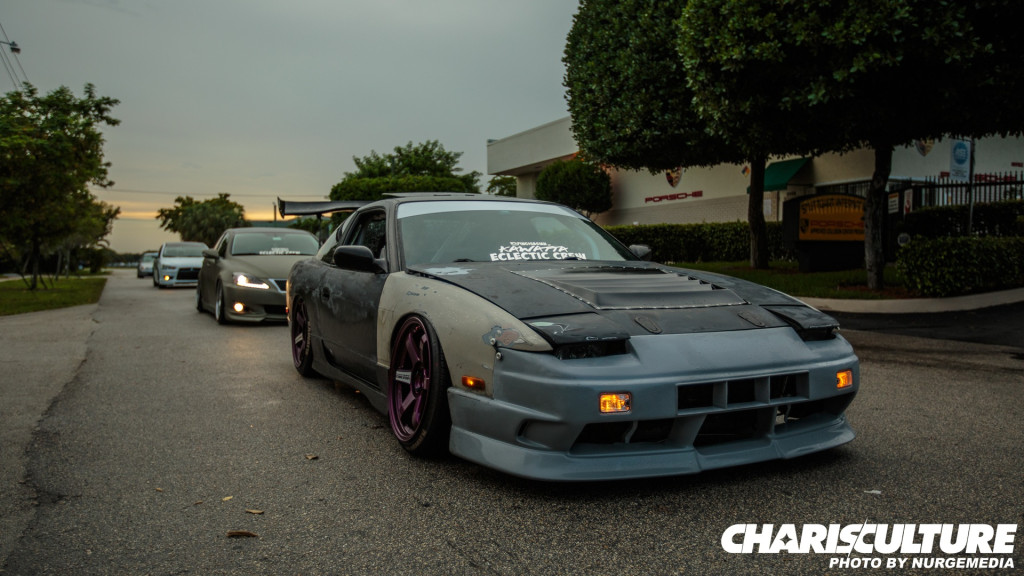 I saw a few friends sprinkled throughout and some newcomers. 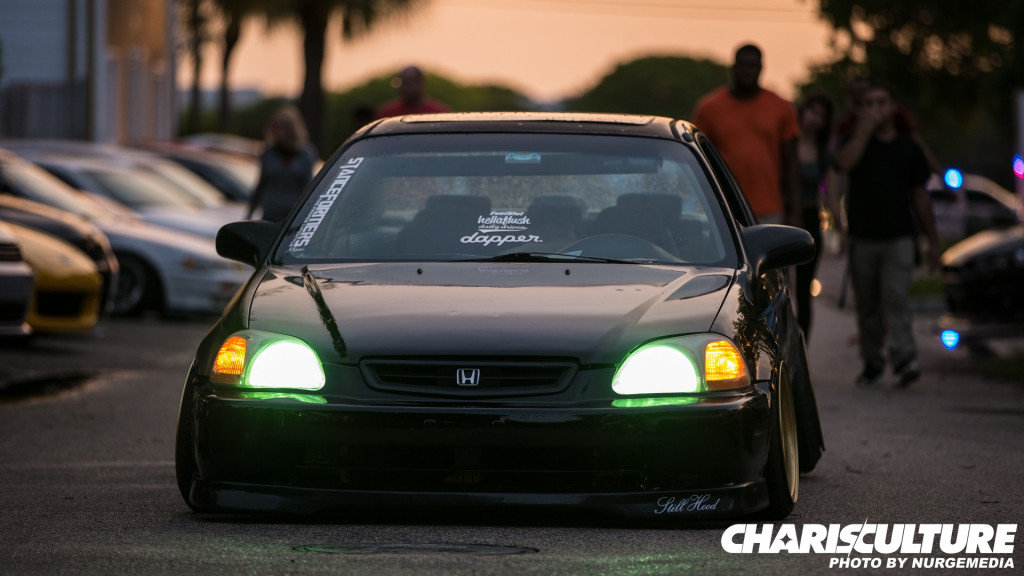 There was a bevvy of Hondas present, which reminded me of days of yore when I used to go to Tower Shops on Friday nights back in the late 90’s. 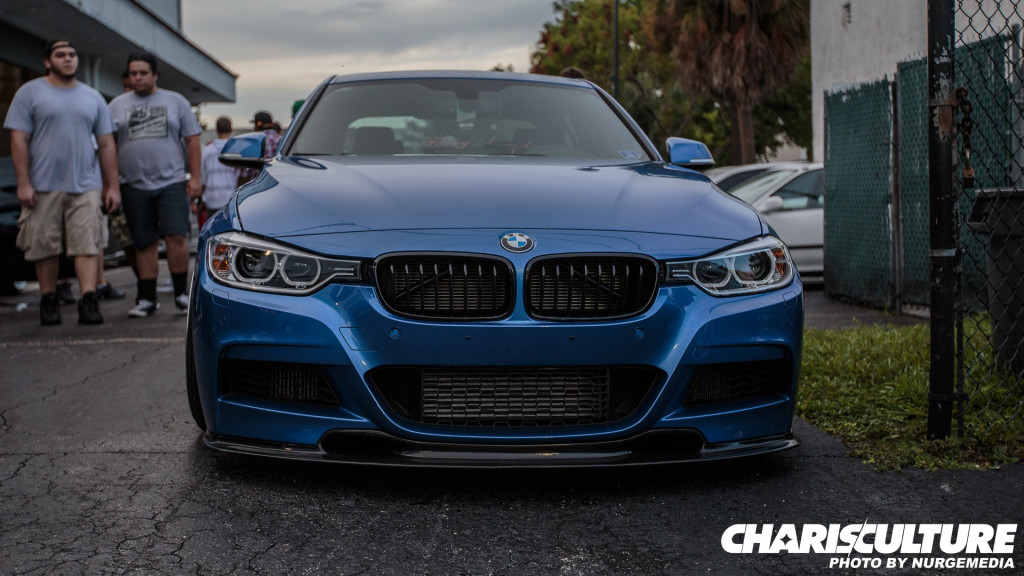 After a few more passes at the parking areas, I decided to call it quits as it was getting dark, and I had already been there for FIVE hours! 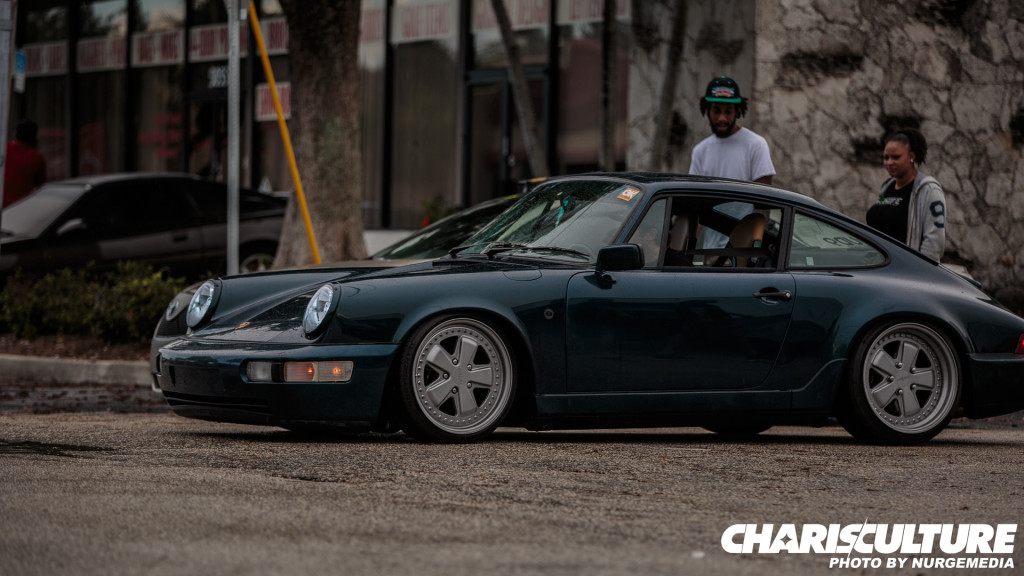 I grabbed a few more shots and took off. 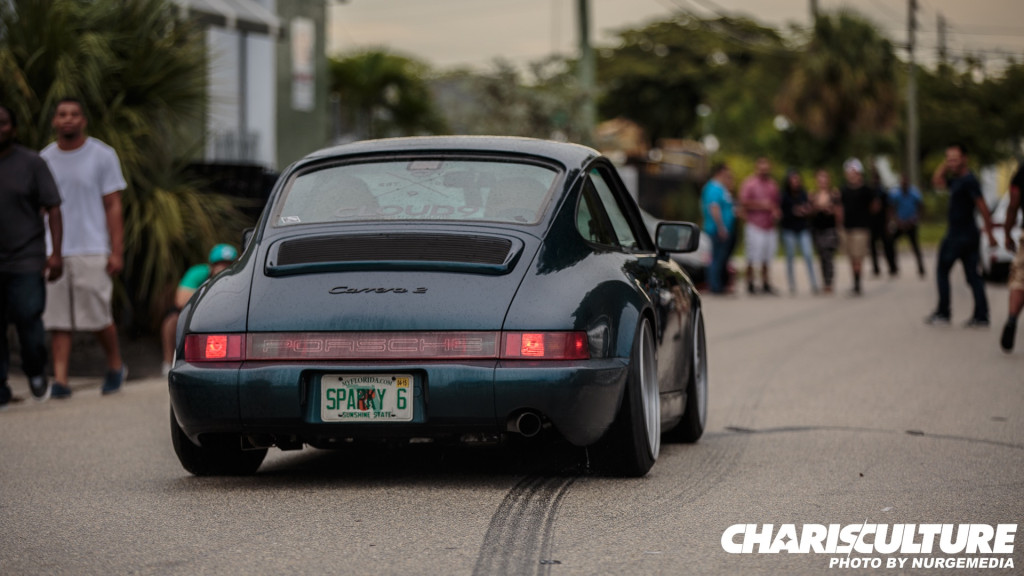 There were still more cars coming in at 10pm despite the rampant tickets being handed out to cars parked near the street. 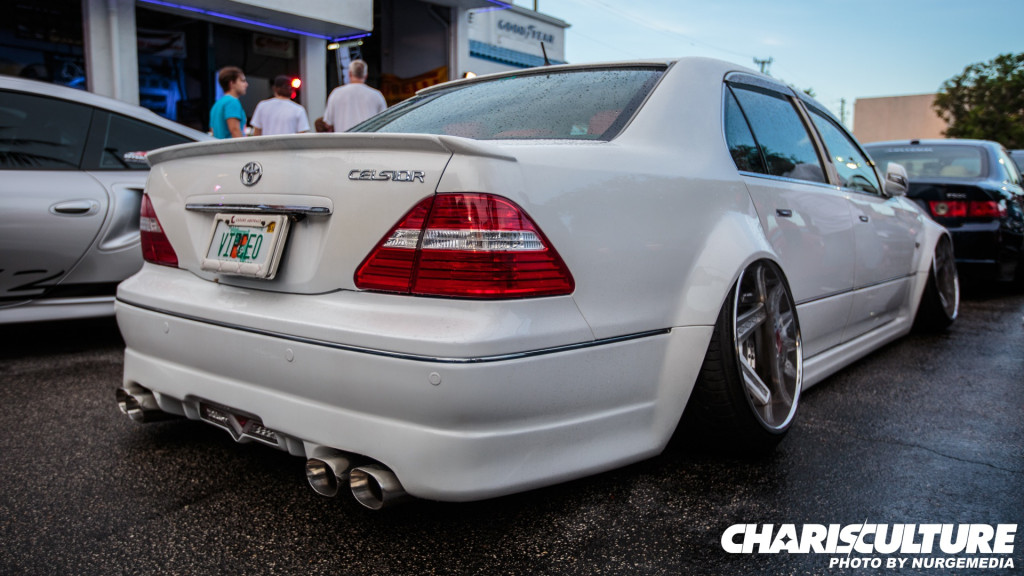 I said my goodbyes to our friends at The Ticket Clinic and took off for an evening of rest and picture editing. 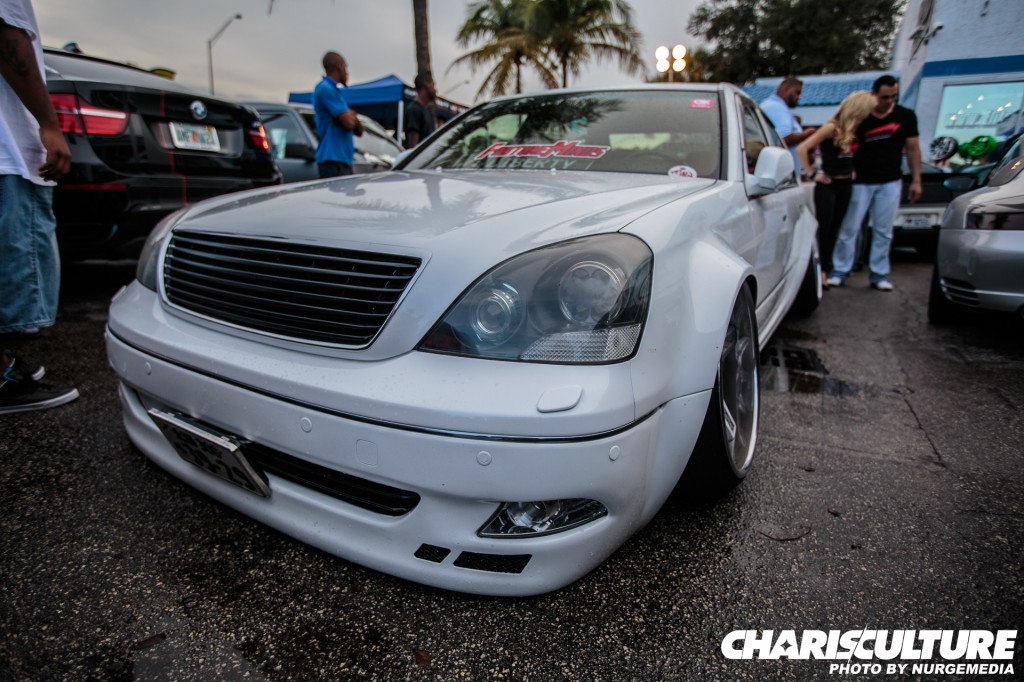 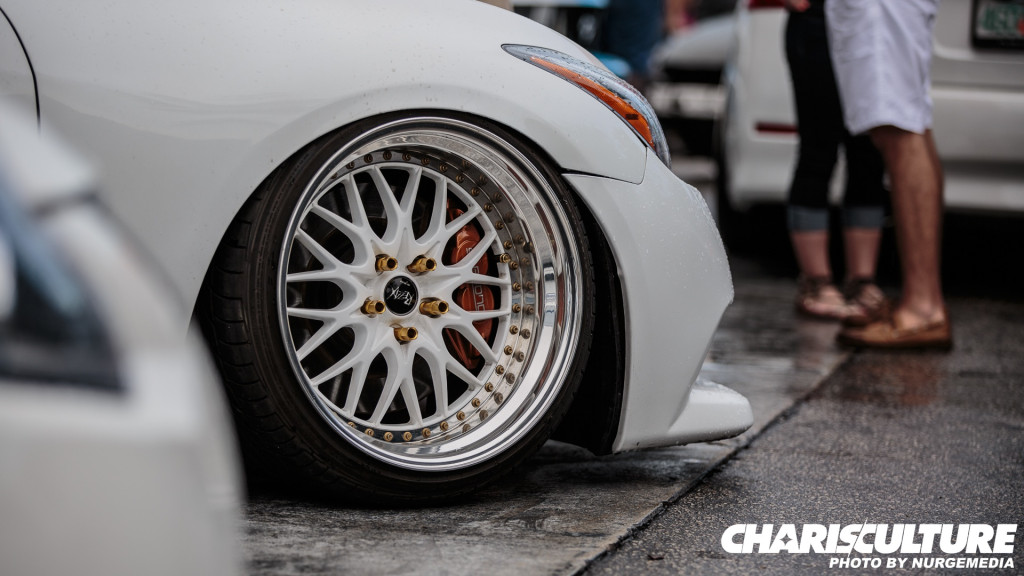 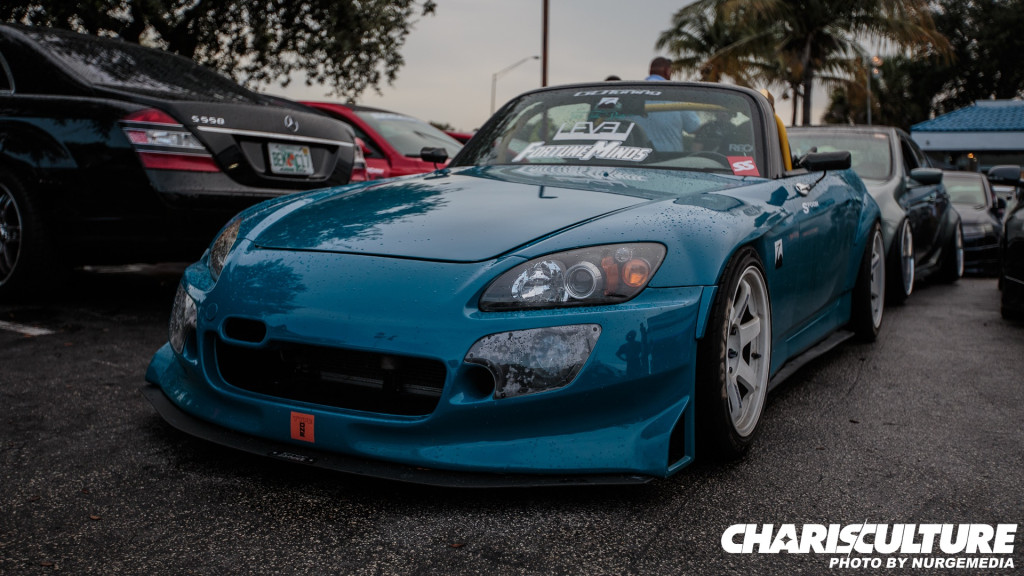 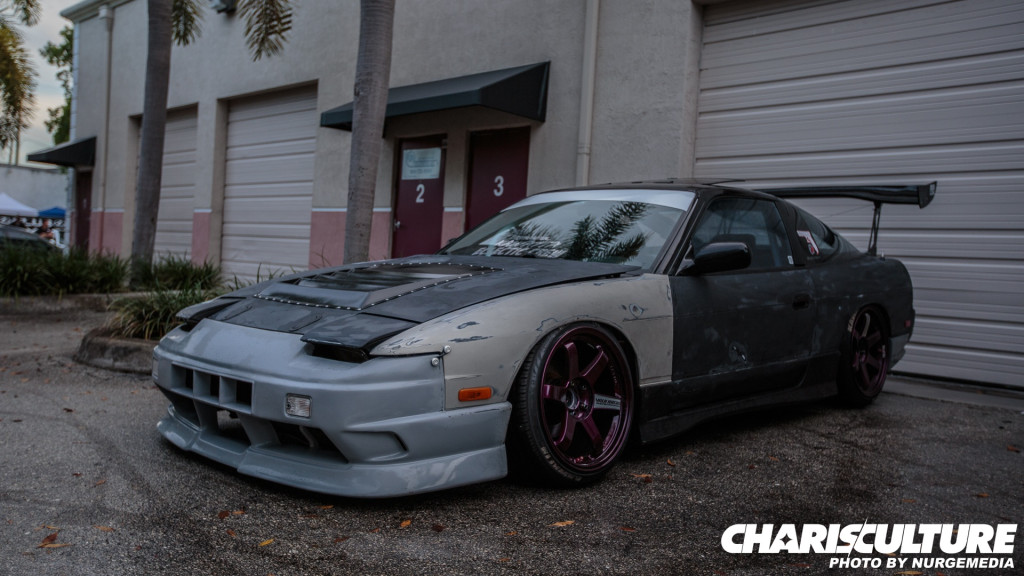 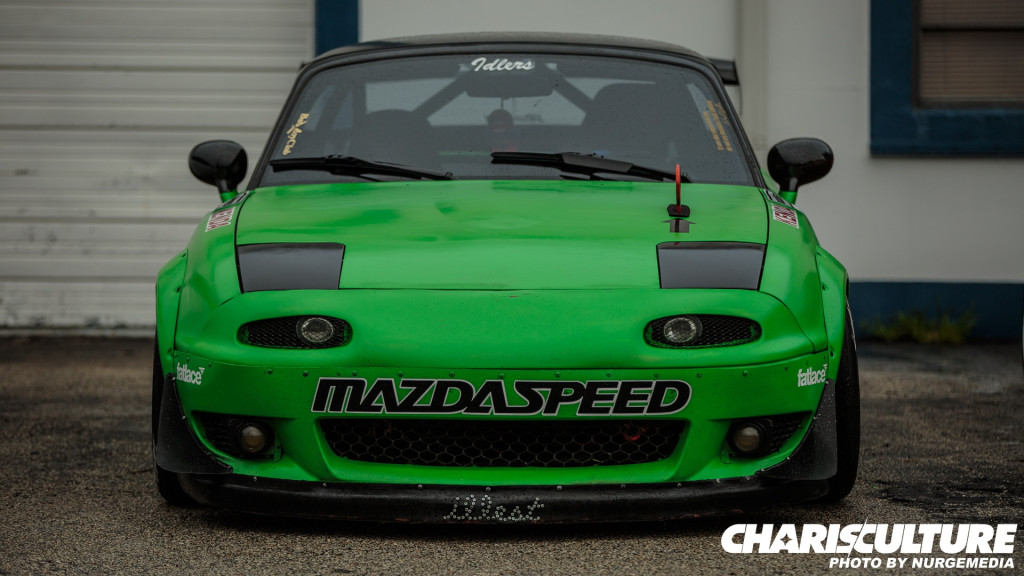 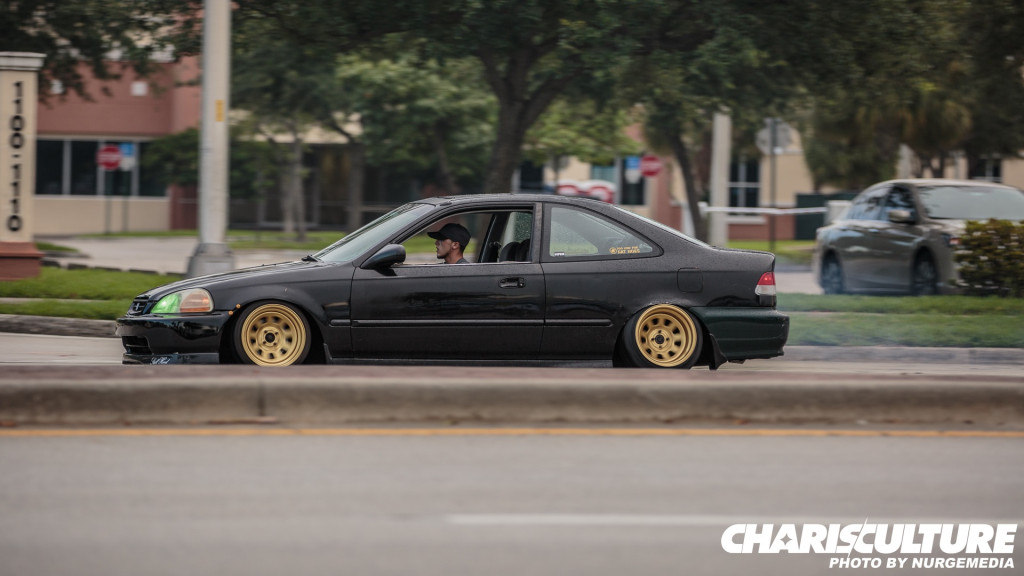 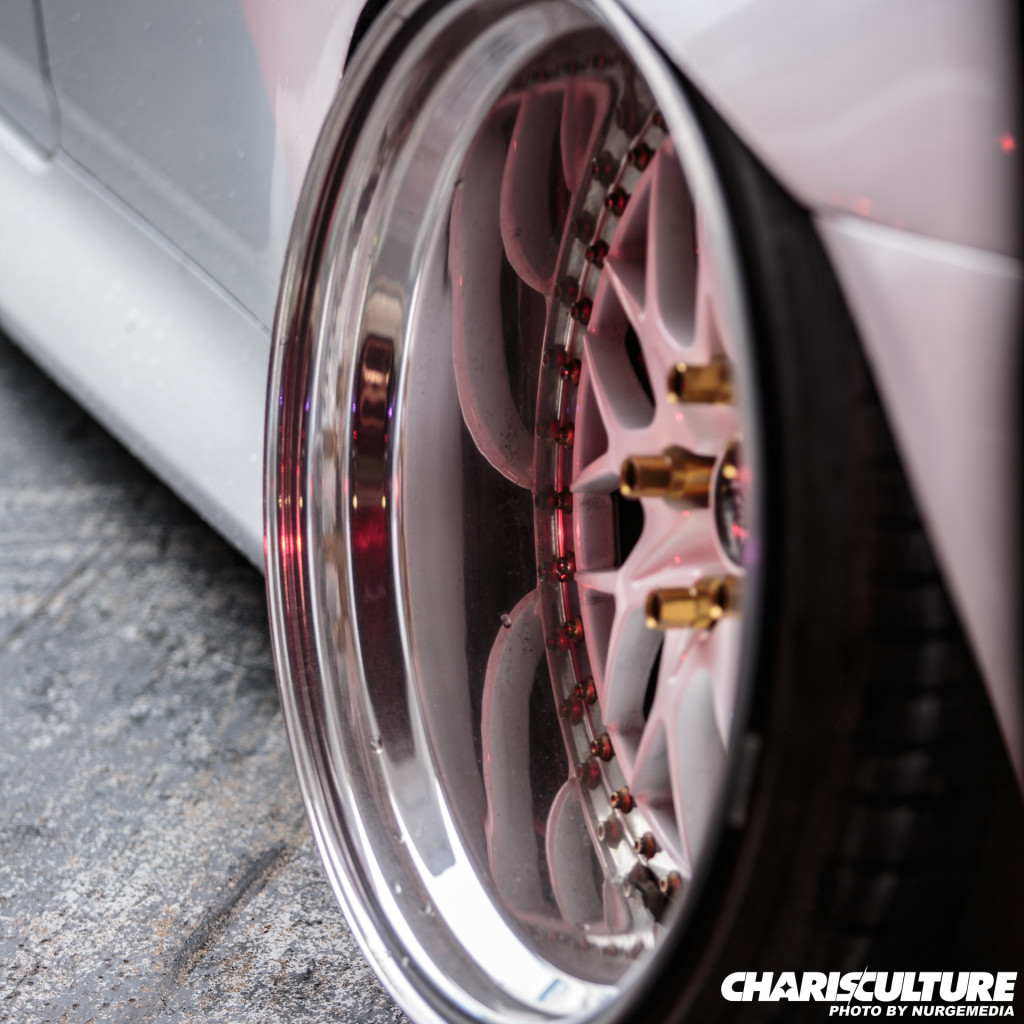 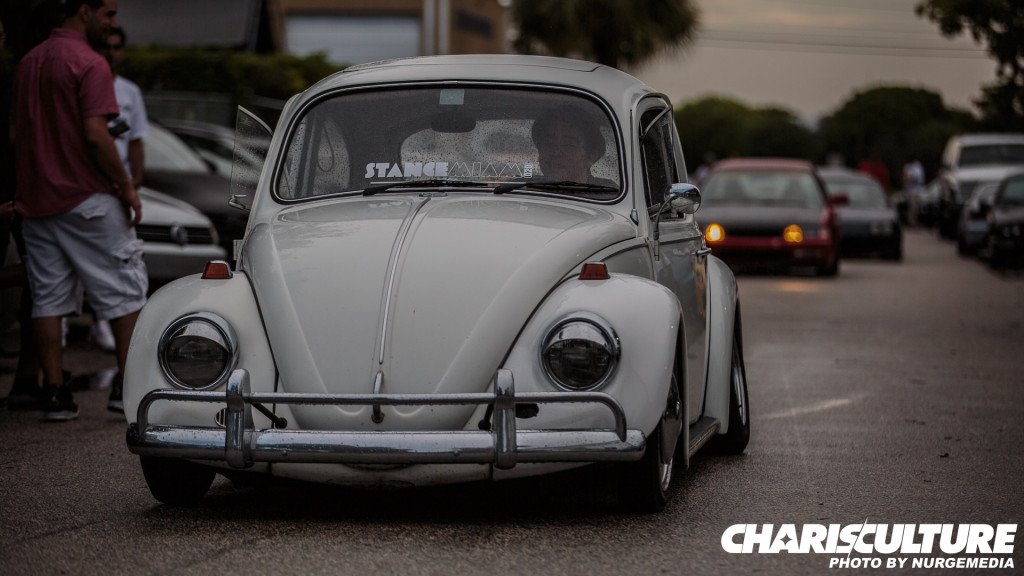 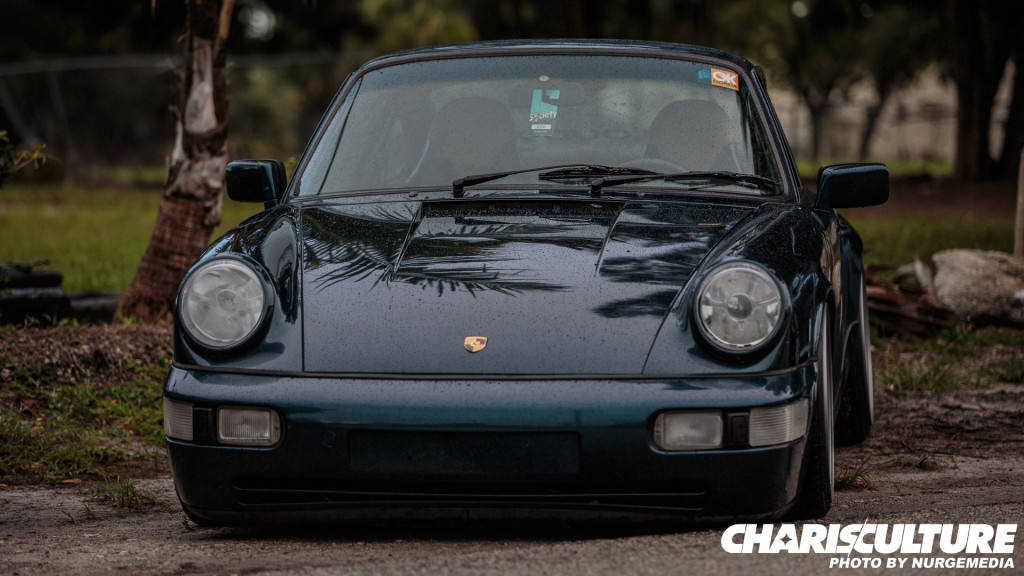 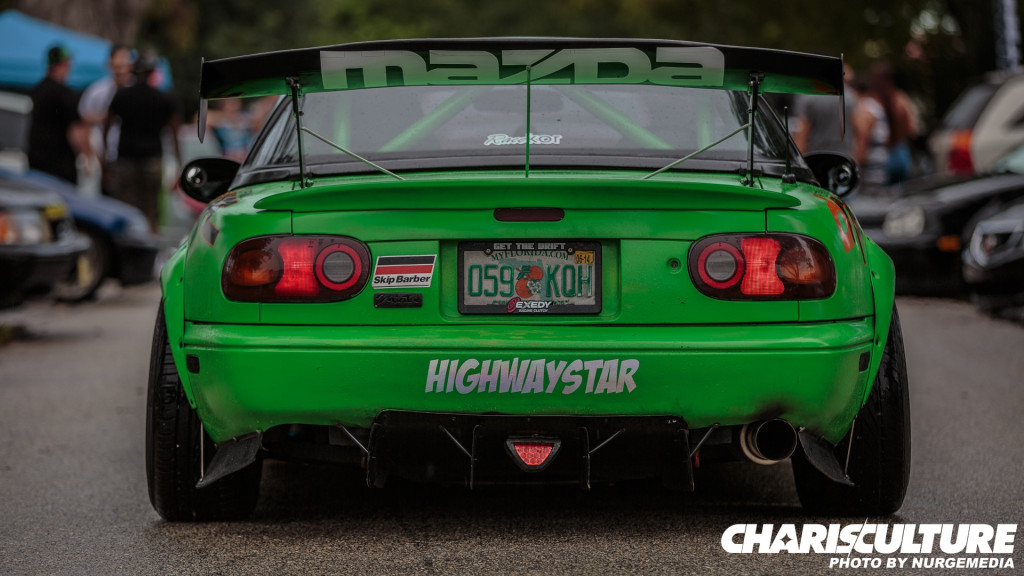 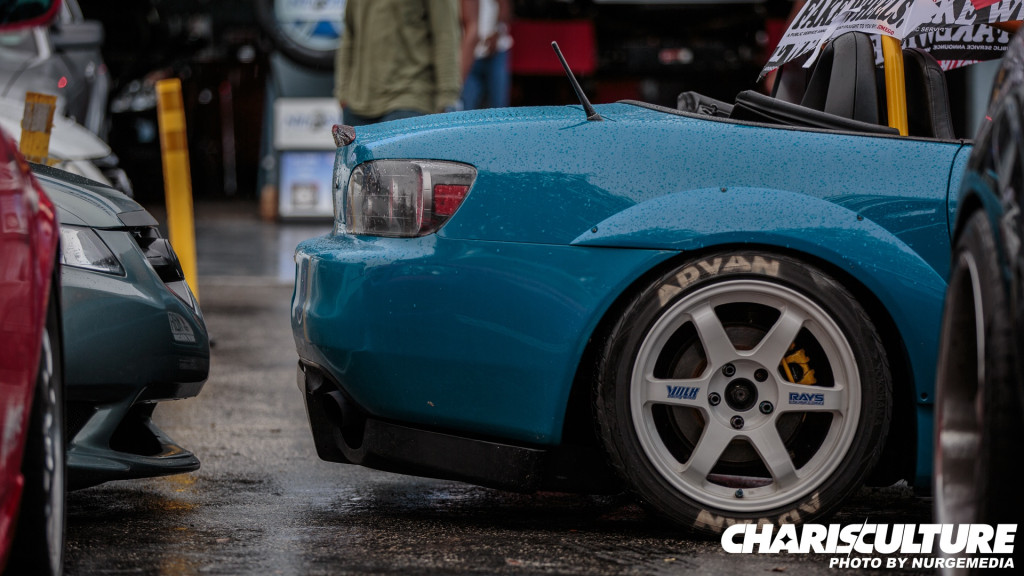